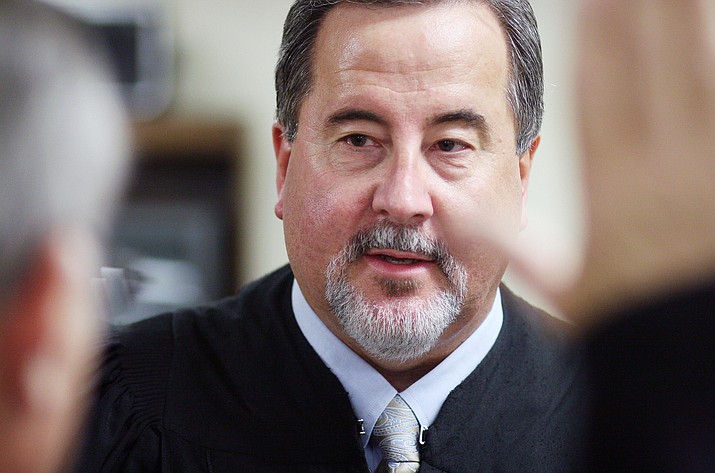 CAMP VERDE – Wednesday, the Camp Verde Town council is expected to approve an agreement with Paul Schlegel on a 28-hour per-week contract to continue as Camp Verde’s magistrate.

According to Camp Verde Town Manager Russ Martin, council will decide not only how much money Schlegel is to be paid, but also the length of the contract.

According to the town’s proposed independent contractor agreement in council’s April 17 agenda packet, Schlegel is responsible for performing “all duties as set forth in Section 5‐2‐2 of the Town Code as well as any other duties required by law or the Judicial Code of Conduct or by the Presiding Superior Court Judge of Yavapai County.”

Schlegel would also be expected to help prepare the municipal court’s budget, as well as update council on the court’s status upon request.

Also Wednesday, council could approve the purchase of a 2,000-gallon water truck the agenda states would allow the town’s wastewater division to “better utilize our larger vacuum/jetter truck by keeping it in the field, instead of returning to the nearest fire hydrant or wastewater plant to refill every 1,000 gallons.”

The cost of the truck, a 2014 International Durastar 4300, would cost the town $49,900, as well as applicable tax, license and fees. The town would spend money set aside from the current budget, Martin said.

According to the agenda packet, the new truck would save the town “approximately 60 miles a day on the larger truck and 4-6 man hours a day.”

The town has also “indirectly promised the Camp Verde Arena Association that we would see what we could do about lending them a water truck for events,” the agenda packet also stated.

A copy of the agendas can be found at http://www.campverde.az.gov/government/town-clerk/agendas-minutes-actions/2019-town-council/.