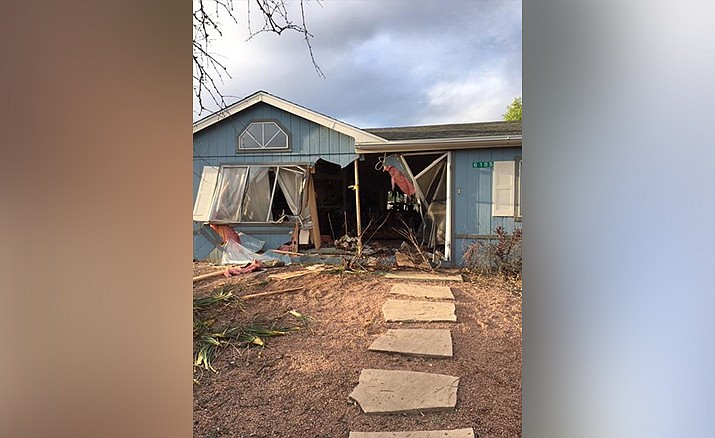 VERDE VILLAGE – A 26-year-old man crashed a stolen car into a Verde Village home on the 6100 block of East Mesa Drive Monday night, according to the Yavapai County Sheriff’s Office. 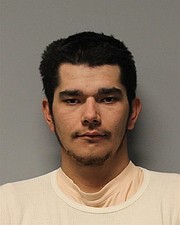 Just after 9:30 p.m., officers were dispatched to the home after the crash was reported. According to YCSO, Wayne Area left an address on River Run Drive in a car recently reported stolen to YCSO by his stepfather. The vehicle was a 2006 gray Ford.

According to YCSO, Area missed a right turn on East Mesa Drive and collided into the residence. A woman inside the house was injured in the collision.

“His car went completely into the living room of the house,” said YCSO spokesman Dwight D’Evelyn. “The only occupant of the house, a 65-year-old woman, was sitting on a couch in the living room and was struck by the vehicle. She was transported to Verde Valley Medical Center with apparent broken ribs. Her injuries are not considered life-threatening.”

Her husband was out of town at the time of the crash and has since returned, D’Evelyn said.

After the crash, Area backed out of the house and abandoned the car in the street. He was caught shortly after collapsing, D’Evelyn said.

“He was transported to the hospital and cleared for arrest with no significant injuries,” D’Evelyn said.

Area was arrested and booked on assault-aggravated injury, vehicle theft, endangerment, vandalism and DUI charges, according to YCSO.

According to YCSO, the house has significant damage on one side with the wall demolished.

The YCSO Collision Investigation team was on the scene Tuesday morning. The gas and electricity was shut off.

Due to the unstable roof structure, the house appears unsafe to occupy, according to YCSO.