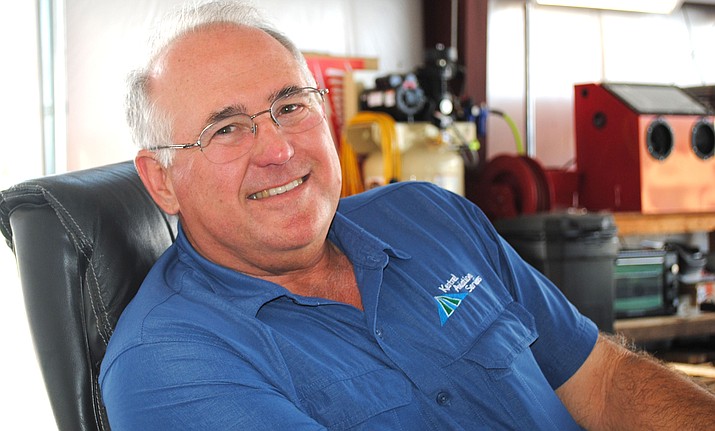 You have probably seen a barrage of “letters to the editor” regarding the Cottonwood Airport. Here’s a few clarifying facts.

1.     The airport has been here for 100 years or more. Prior to 1922, it was known as Garrison Field. In 1932, it was dedicated in a two-day celebration as Clemenceau Airport. Four heroic aviatrix attended the event including Amelia Earhart. Through WWII, it was known as the Verde Valley Airport and is now known as the Cottonwood Municipal Airport.

3.     In response to the noise concerns raised by the activists, the Airport Commission recommended that the following noise abatement procedures be adopted (I know because I was at every meeting):

a.     Raise the traffic pattern altitude from 800 to 1000 feet, thereby reducing noise heard on the ground throughout most of the pattern to about 50 decibels (a conversation is 65 decibels)

b.     Raise the turn-out from 500 feet to 750 feet, again decreasing the noise heard on the ground throughout part of the pattern

c.     Reduce the time that touch-and-go operations are allowed

4.     In addition, the Airport Commission looked at re-routing the traffic pattern within limits allowed by the FAA. After additional study, it was realized that the proposed change would actually decrease aviation safety and increase the risk of mid-air collisions -- ironically right over Pine Shadows.

5.     In addition, the Airport Commission created a small team to go and talk to the flight training schools in Prescott, the source of much of Cottonwood’s airport traffic. While it is illegal to restrict traffic at a public use airport that has received federal funding (like Cottonwood), the flight schools were asked to voluntarily decrease the noise at Cottonwood.

The team included the chairman of the Airport Commission, the airport manager, a representative from the Pine Shadows group, and myself. All of the flight training schools welcomed us cordially and discussed the issues.

But all this is not enough for the activists. Now they are flooding the City Council members and the office of the mayor demanding that they do something under the guise of their damaged quality of life and the impact on their right to meditation (I’m serious) due to airplane noise and impact on their property values.

Now let’s be reasonable here. If you choose to buy a house on a busy, noisy street, your property value is clearly going to be less than a home in a quiet subdivision and you might even have difficulty meditating.

So, if choosing to live under a traffic pattern (which I have done in the past in return for cheap rent) decreases property valuations and since the airport has been in continuous operation for 100 years, then their property values were already lower when they bought.

What this is really about, then, is asking that airport operations be restricted or the airport be closed in order to INCREASE their existing property values. That’s like buying a home on a four-lane noisy street and then demanding that the street be reduced to two lanes or closed altogether because they made the decision to buy there.

And now the activists are suggesting that the city impose landing fees as a way to reduce airport operations and keep the Prescott flight schools from using the Cottonwood airport. Really? In addition to being flatly illegal to impose landing fees in order to limit use/noise (and guaranteeing lots of lawsuits against the city that the city would certainly lose), this is again like choosing to buy a house on a busy, noisy road and then demanding that the road be turned into a toll road so their property values will go up.

The EAA just gave 42 kids free aircraft rides last weekend at the Cottonwood airport. Does this group want fees put in place to limit kids from going into aviation? There is already a looming and massive commercial pilot shortage. Airlines are already beginning to cancel flights due to lack of crews. Horizon Airlines canceled 100 flights last summer due to the emerging pilot shortage.

That aircraft training “noise” you hear? That’s actually  the sound of future pilots who will fight your forest fires, deliver your insulin, fly your grand kids to see you for the holidays, life-flight you to the hospital when you are in a car crash, and even deliver your Amazon Prime orders in two days or less.

That “noise” should be celebrated, not demonized. It’s part of the fabric of American life and freedom. I would humbly suggest that if you bought a house under a traffic pattern and the “noise” is too much for you, there is a very simple solution:  move.

Now I, like all pilots I know, want to be a good neighbor. That’s why my flight school at the Cottonwood Airport (the only flight school in the Verde Valley) uses extremely quiet Light Sport aircraft for training. The noise abatement recommendations made by the Airport Commission are reasonable, legal, and within FAA guidelines.

The only additional legal solution would be to relocate the two Verde Valley public use airports (Sedona and Cottonwood) to a single regional airport located between the two cities. Has anyone priced the cost of a brand-new airport lately? With the current Cottonwood fiscal condition, do you think we can afford $50 million for a new airport? And I can guarantee you that as soon as a new airport is built, industry will build around it. Then, planning and zoning departments will allow developers to build subdivisions and schools right under aircraft traffic patterns just like they have done and are continuing to do in Cottonwood and Sedona (take a look at the Vineyards -- right under the departure of runway 32). And guess what? Yep, new noise activists will then emerge from those subdivisions and start demanding restrictions of operations, lower noise, and closure of the new airport. It happens over and over and over again.

How about a little common sense for a change?