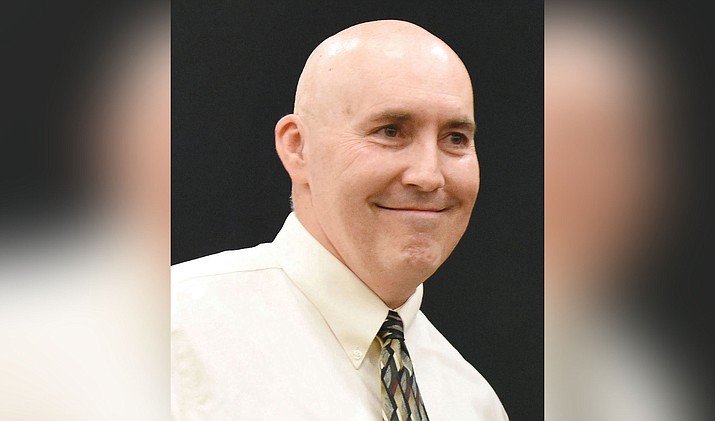 COTTONWOOD – Barely two months on the job – so to speak – Mike Westcott facilitated his first Mingus Union School Board meeting as the district’s interning superintendent.

Working on his superintendent’s certificate through Brandman University, Westcott’s internship requires the participation in “experiences that will prepare [him] for the role of the superintendent,” said Genie Gee, the district’s acting superintendent.

“Mike is a very thorough researcher, he’s deliberate in his approach, and he is a man of integrity,” Gee said. “Mr. Westcott is already well-respected, so when you partner that with his planning and delivery, he was a natural.”

A longtime teacher at Mingus Union, Westcott “was reflective and always improving practices based on his own thoughtful reflection,” Gee said. “It’s the same with this role. He’s a quick study, intuitive, and thoughtful and is quick to identify aspects of the position that he would like to explore and/or discuss.”

Gee, also the school’s principal, has been the district’s acting superintendent since the resignation of Penny Hargrove in November 2018. Gee said that with her dual duties, she now has a “deeper understanding of the operations of a district and a re-ignited appreciation for systems and processes.”

“I’m very thankful to the area superintendents for their insights and inclusive decision-making,” Gee said. “I’ve learned something from every interaction I’ve had and I’m thankful that I am able to experience the role of superintendent; it is making me a better principal.”