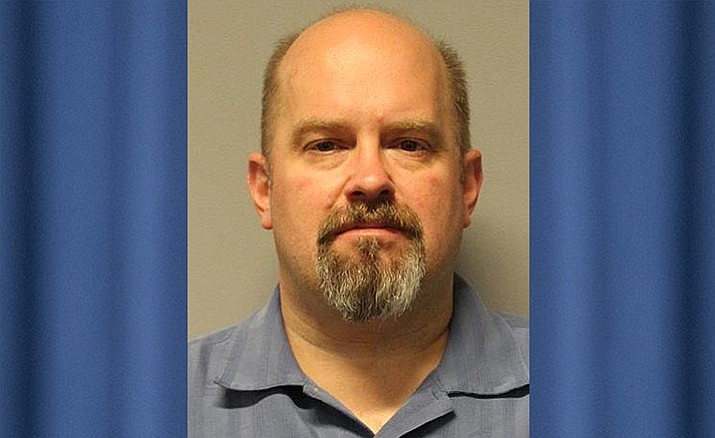 CAMP VERDE -- A former Prescott pastor who was tried last summer on multiple charges of child molestation and abuse will appear again in court starting Wednesday for another 13-day trial at the Yavapai County Superior Court in Camp Verde.

Thomas Chantry, 48, was found guilty on two aggravated assault charges following a five-week trial and two days of jury deliberations last August. In October, he was sentenced to three years’ probation on those two charges.

Next week’s trial will be on those four charges.

What we know so far

Chantry was hired as the interim pastor for Miller Valley Baptist Church in 1995. He left Prescott 10 years ago and became a pastor in Wisconsin. He was arrested in 2016 when accusations of molestation and abuse from more than 20 years ago began to surface. Accusers and their families first reported incidents of abuse to the church but no reports were made to the police until 2015.

Accusers say Chantry disciplined children of the families in his congregation at Miller Valley Baptist Church so severely, he left bruises and marks. Some of the abuse later turned into molestation, according to witness testimony.

In September, Chantry was indicted again. This time on additional abuse charges; four counts of aggravated assault, four counts of child molestation and one count of child abuse. Yavapai County Superior Court Judge Tina Ainley ordered he be held on a $1 million bond on the new charges Sept. 11. A trial date has still not been set.

According to the indictment, Chantry is accused of hitting a child with a boat oar on multiple occasions.

The motion to hold describes instances where Chantry did “unspeakable acts of sadistic physical abuse, which were always followed by acts of molestation.”

The accuser in these new charges did not testify during the August trial.

On March 25, Chantry’s bond was reduced to $250,000, court records show. Association of Reformed Baptist Churches of America Pastor Al Huber posted the bond. ARBCA is a Baptist organization with 59 churches spanning across 14 states, according to the organization’s website. Huber is also Chantry’s father-in-law.

Since last summer’s trial, Chantry’s attorney John Sears stepped down to retire. Chantry is now being represented by Ryan Stevens of Griffen & Stevens Law Firm, based in Flagstaff.