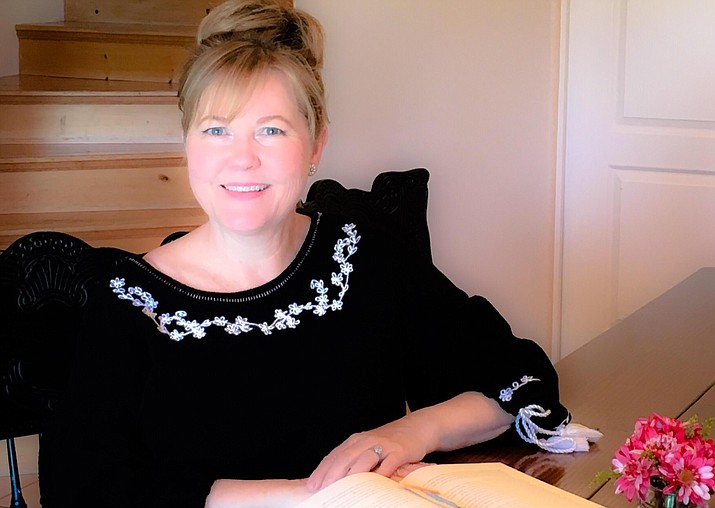 Creativity and the arts have always been a part of Booth. As a child, she wanted to become three things as a grown up. Actor, artist, teacher.

With various credits in community theater, and a Bachelor’s degree as an artist, Booth has spent the past 13-plus years in Camp Verde’s classrooms, first as a teacher, then as principal.

Following spring break, Booth decided it was time to put her education career behind her.

“Change is always scary,” Booth said. “But this school is in really good shape. These teachers are why it runs so smoothly.”

On June 30, Booth will officially become a retired educator. Personal reasons for leaving, she said, are that she wants to be of help to her husband and his home remodeling business.

But the arts are still on her mind, she said. At the University of Arizona, where Booth earned her undergraduate degree in studio art, her emphasis was two-dimensional design.

Paper, collage, acrylic, and her favorite – water colors. “I paint when I travel,” she said.

But writing is also an art, and Booth recently finished writing a children’s book she looks to see published. Booth also writes poetry, short stories, and has written stage plays.

But the art of education is something Booth said she will miss a great deal. Especially the children she sees each day in the classrooms, the hallways, the playground, and in her office.

“I find them to be little mirrors,” Booth said. “They are way funnier than we give them credit for.”

Booth vividly remembers her beginnings at Camp Verde Unified. January 2006 – she took over a fourth grade classroom for a teacher who left at mid-year.

Booth spent two-plus years in that classroom before she became the district’s K-8 art teacher. Thanks to budget cuts, she went back into the classroom, where she taught third grade for the next six years.

As Camp Verde Elementary’s principal the past four years, Booth has built a lot of relationships with the school’s families, she said.

“This school belongs to them,” Booth said. “It’s a community school.”

Art is something that is done out of love and of passion – not obligation and rarely for pay. Much is the same with education.

“At this school, we want teachers who really love the kids,” Booth said. “When the children walk through our doors, they feel welcomed, loved and safe.”