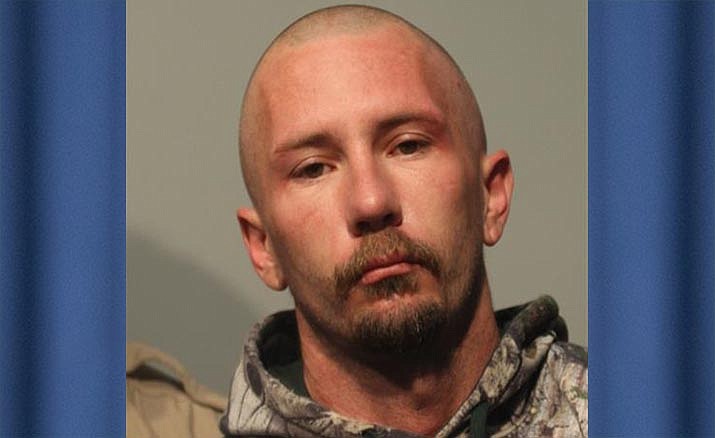 COTTONWOOD -- A Cottonwood man was arrested Tuesday night after allegedly stabbing a 57-year-old man near his trailer, according to Cottonwood police.

Officers were called to the 700 block of North Main Street at around 8:30 p.m. for a reported stabbing. The victim went to a nearby residence seeking help. According to police, he was bleeding “profusely.”

“The officers on scene discovered the victim suffered a large full thickness laceration to his forearm, knew the suspect but didn’t know why he was stabbed,” said Cottonwood Police Sgt. Monica Kuhlt.

According to police, the victim said the man who stabbed him was 29-year-old Robert Secord. The victim said he was stabbed while they were “hanging around outside of the victim’s residence,” police said.

Secord fled the scene on foot but was later apprehended near North Main Street and East Cherry Street, police reported.

“He was taken into custody without incident, admitted to stabbing the victim and was found in possession of a knife and probable weapon,” Kuhlt said. “Secord said he stabbed the victim in self-defense but would not provide any further information or details.”

Secord was booked into the Yavapai County Jail on one felony charge of aggravated assault.

According to police, the victim was transported to Verde Valley Medical Center and later flown to Flagstaff Medical Center for advanced medical treatment.

He is now in stable condition.