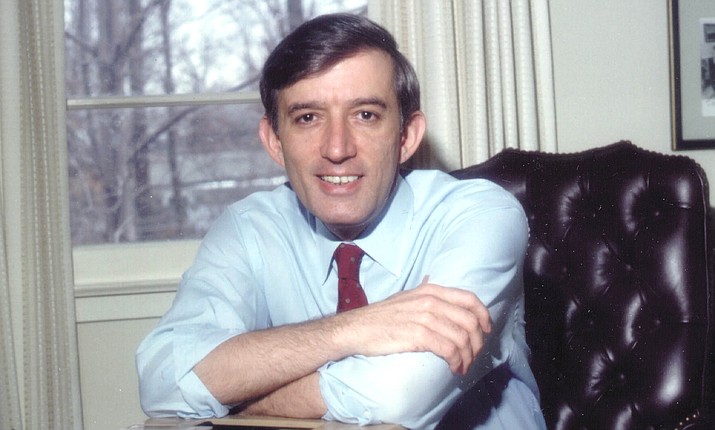 WASHINGTON -- A caravan of Democratic presidential wannabes is lining up this spring in the belief that they can beat Donald Trump in the 2020 election for the White House.

But with few exceptions, most them suffer from critical weaknesses. In the majority of cases, the preponderance of voters has never heard of them. Among those serving in Congress, most have little or no achievements over the course of their legislative careers.

At least 18 candidates have officially declared as candidates, with more expected to enter the race in the weeks to come. But veteran prognosticators caution that it is way too early to pick anyone to emerge from the pack as a threat to President Trump’s re-election hopes at this stage in the race.

“Some candidates who appeared promising in early 2015 barely got off the ground. Others not expected to do well did far better: Sen. Bernie Sanders gave Hillary Clinton very stiff opposition, while Donald Trump, whom few took seriously early on, won the GOP nomination and the presidency,” Cook writes in his latest report.

So political “handicappers and operatives alike need to approach 2020 with far greater humility than in the past -- being more open-minded and inclusive when compiling lists of contenders, touting some, dismissing others,” he tells his readers.

Still, it’s easy to dismiss many in the candidate pack on the basis of their meager experience. South Bend, Indiana, Mayor Pete Buttigieg? He needs a lot more seasoning.

California Rep. Eric Swalwell, who has been in the House, alongside 434 other lawmakers, since 2012, made his announcement on “The Late Show with Stephen Colbert” on April 8. How serious is that?

Former Democratic Rep. Beto O’Rourke of Texas, after failing to unseat GOP Sen. Ted Cruz last year, now wants to be the president of the United States? I don’t think so.

Still, O’Rourke has raised an impressive $80 million so far for his campaign, according to Fox News. That’s more than “any other Senate candidate in history,” Fox reports. He’s not going to go away anytime soon.

Former President Obama met with O’Rourke recently, “a sure sign that despite his loss to Cruz in Texas, O’Rourke is being taken seriously in the crowded field of Democrats considering running to replace Trump,” Fox News reported this week.

Many Democrats have tossed their hat in the ring with underwhelming political rhetoric. Former Colorado Gov. John Hickenlooper tells us that, “I’m running for president because we need dreamers in Washington, but we also need to get things done.” Kind of brings a tear to your eye, doesn’t it?

Another issue that has raised its head is age, and that could hurt former Vice President Joe Biden, who is 77 years old, and turning 78 in November. It hasn’t been a full-blown issue yet, but it will become one soon.

Many of Biden’s rivals for the Democratic nomination are much younger, and that will become evident as the rough-and-tumble race continues.

Cook points out another driving force in next year’s campaign that could help Democrats recapture the White House this time around:

“One of the biggest groups of potential candidates is women. Sens. Kirsten Gillibrand of New York, Amy Klobuchar of Minnesota, Elizabeth Warren of Massachusetts and Kamala Harris (of California) have been mentioned along with Rhode Island Gov. Gina Raimondo,” he says.

But in the final analysis, it’s “impossible to know at this stage who will take off ... someone with governing experience, a tested elected official,” Cook writes. “But even those come in two types: those with Washington experience and those untainted by having worked in the Capitol.”

In the end, though, he thinks a “strong case can be made ... for fresh and younger faces, particularly given that so many of the most visible party leaders were born in the 1940s.”

But no one can count Trump out of this race for one big reason: The majority of America’s electorate remains right of center, while the Democrats have lurched further to the left in the last four years.

Talk to typical, middle-class voters, and they’ll tell you that socialism -- a resurgent philosophy on the left -- would ruin our county forever.