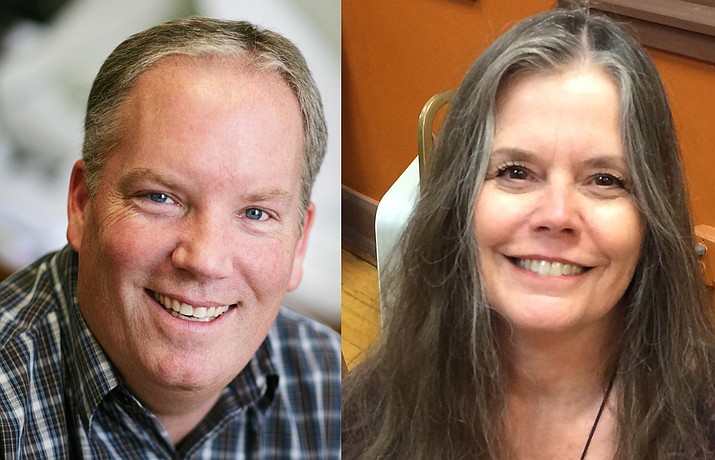 When Bob Dylan sang The Times, They Are a Changing 55 years ago he wasn’t talking about the Verde Valley.

But he certainly could have been. Dylan’s words never have rung more true than they do today as it applies to the administrative leadership of the communities in the Verde Valley.

With this week’s announcement that Texan Tracie Hlavinka will succeed Gayle Mabery as Clarkdale’s town manager, there comes a real seniority shift of institutional knowledge about the intergovernmental workings of the various communities in the Verde Valley.

The two communities that traditionally have had countless changing faces at the top are now the models of stability in the Verde Valley.

When Mabery steps down as Clarkdale’s manager after a run of 21 years – one of the longest municipal manager tenures in Arizona history – Jerome’s Candace Gallagher and Camp Verde’s Russ Martin will suddenly find themselves at the top of the pecking order when it comes to administrative service in the Verde Valley.

Gallagher will become the “dean” of the region’s municipal managers with 10 years of consecutive service in Jerome in October, while Martin is closing in on his ninth year at the helm in Camp Verde.

Ironically, neither town has been a model of administrative stability over the past 30 years.

In Camp Verde, for example, Martin is the 14th manager in Camp Verde’s 32-year history. He has held the job at least twice as long as any other manager in the town’s history.

In Camp Verde’s fledgling years as a municipality, there was a standing joke that the town government managed to stay afloat thanks to “Devine” intervention, which most certainly was not to be confused with “divine” intervention. No, this reference was to the town’s long-time and much-loved Marshal Chuck Devine, who twice did double duty as the town’s police chief and town manager. Ditto for the town’s former finance manager, Dane Bullard, who served as Camp Verde’s town manager three times.

In Jerome’s case, the lack of administrative stability was more a case of an evolving philosophy of governance than anything else, according to longtime councilman and former town clerk Lew Currier.

“You have to remember that we flip-flopped a lot over the years with having a council-commission form of government vs. a council-manager system,” said Currier. “And there were a lot of years where we had town clerk instead of a town manager.”

During the years Jerome worked under a council-commission form of government, those elected to the council would serve as quasi department heads in various municipal arenas ranging from manager and finance director to public works to planning and zoning/community development.

It was a great deal in terms of government efficiency for the town’s taxpayers, but it also amounted to slave labor for the folks elected to serve on the council.

Currier himself had a dose of it all over the years in Jerome, having served as town clerk in addition to council service under both the council-commission and council-manager forms of government.

Ditto for the man known to many as “Mr. Jerome,” Al Palmieri, who served as both the town clerk as well as the Jerome’s mayor for many years.

But since Jerome firmly settled in on a council-manager (and clerk) form of government, Candace Gallagher has one of the longest tenures of administrative service in Jerome’s history.

“She has been there longer than anyone I can remember and I’ve been here as long as anyone,” said Currier.

Long enough that she soon will be the dean of city/town managers in the Verde Valley.

The transition from Mabery to Hlavinka is a dramatic one for Clarkdale. She becomes only the fourth town manager since Clarkdale adopted the council-manager form of government in the early 1980s. Even before that, though, Clarkdale was a model of administrative stability that rivaled any community in Arizona. When Clarkdale incorporated in 1957, Herb Young became the first town clerk. Young hired Dorothy Benatz as a deputy clerk in April 1960 and she worked in that position until May 1966 when she became clerk of Clarkdale for the next 11 years.

There is a similar run of administrative stability in Cottonwood. Ron Corbin stepped into a position that’s one of the more enviable manager jobs in the state. In Arizona, most city/town managers turn over about once every three years. In Cottonwood, Corbin is only the fourth manager the city has had in the past 34 years.

So, while Cottonwood and Clarkdale are the long-time models for administrative stability in the Verde Valley, Corbin and Hlavinka are suddenly the new kids on the block.

The old pros are in Camp Verde and Jerome.

The times are indeed a changin’.