Trail maintenance fund boosted by $50K grant
Installment grant will be for non-motorized trails near Sedona, Village of Oak Creek 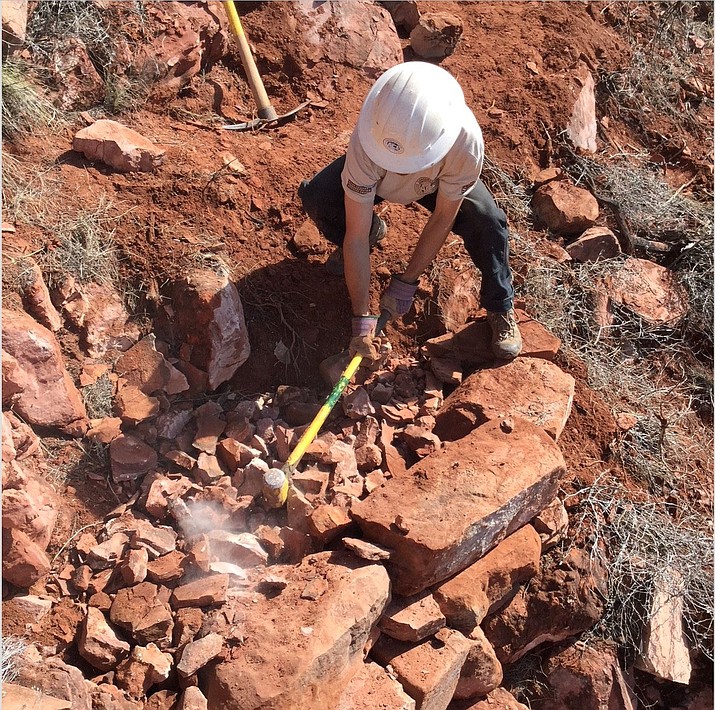 The first $50,000 Installment Grant will be received by the SRRTF in early July 2019, and the grant will re-occur each July during the term of RRM Forest Service concession agreement and any extensions and/or new contracts. Photo courtesy of the RRRD

The Sedona Red Rock Trail Fund has been selected for an Installment Grant in the amount of $50,000 annually from Recreation Resource Management, Inc. (RRM).

The grant will pay for maintenance and enhancements of non-motorized trails and trail systems within the Red Rock Ranger District near Sedona and the Village of Oak Creek. It will focus on trails close by West Fork, Grasshopper Point and Crescent Moon Ranch Park.

“The SRRTF had a unique role with this grant opportunity,” said Kevin Adams, SRRTF president. “Our collection agreement with the Forest Service provided the opportunity for RRM to make an enjoyment and safety difference for the millions of non-motorized recreational trail users on National Forest Lands near Sedona and the Village of Oak Creek.”

RRM has been the concession operator of many of the Forest Service campgrounds and trailheads in the Red Rocks District for over 20 years. $15,000 of each Installment Grant will be used exclusively for maintenance and enhancements on trails near West Fork, Grasshopper Point and Crescent Moon Ranch and the remaining $35,000 will support SRRTF’s broader mission.

“For several years we have been looking for a way to support the trails that many of our campgrounds’ visitors use, and we are thrilled the Sedona Red Rock Trail Fund has helped us make this a reality,” said Warren Meyer, RRM president.

The Sedona Red Rock Trail Fund is a 501(c)3 not-for-profit organization of local hikers, cyclists, runners and equestrians who work closely with the Red Rock Ranger District and raise funds to help pay for trail maintenance and enhancements on National Forest lands near Sedona and the Village of Oak Creek.

RRM is a private company that operates campgrounds and other recreational facilities in the USDA Forest Service and on other public lands under long-term concession agreements. RRM manages over 150 sites in nine states including the Red Rock Ranger District locations mentioned above.

The Red Rock Ranger District of the Coconino National Forest includes 560,000 acres of public lands including the area around Sedona, Village of Oak Creek, and Verde Valley communities on the east side of the Verde River.

The District contains over 400 miles of non-motorized trails which receive more than 1.7 million visitors per year.