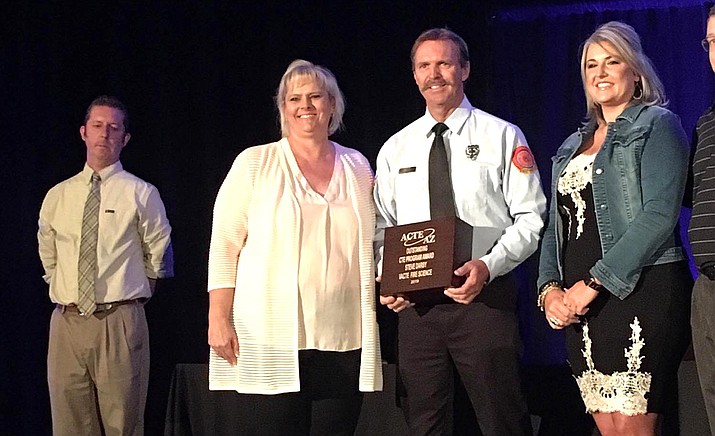 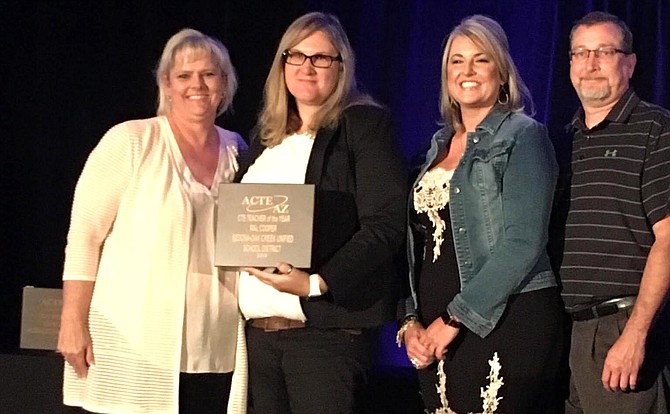 Mal Cooper, photography teacher at Sedona Red Rock High School, was named the association’s CTE teacher of the year at the conference, held July 13-17 in Tucson.

“Mal is active in evaluation and adjustments to the professional standards in digital photography in Arizona,” Weir said. “Her students scored the highest in the state on the end of program state exit test in photography.”

According to Weir, Darby has worked with Yavapai College to offer his students 15 college credits for its Fire Science Program.

The recognition by the Career and Technical Education association “means a great deal to VACTE and the community when your peers from around the state select our staff and programs as the top in the state,” Weir said.

“They deserve the recognition for the hard work and care they put into educating their students so they can have a successful career and life,” Weir said.

Cooper will compete against award winners in the West, Alaska, Hawaii and a few international areas in career and technical education, Weir said.