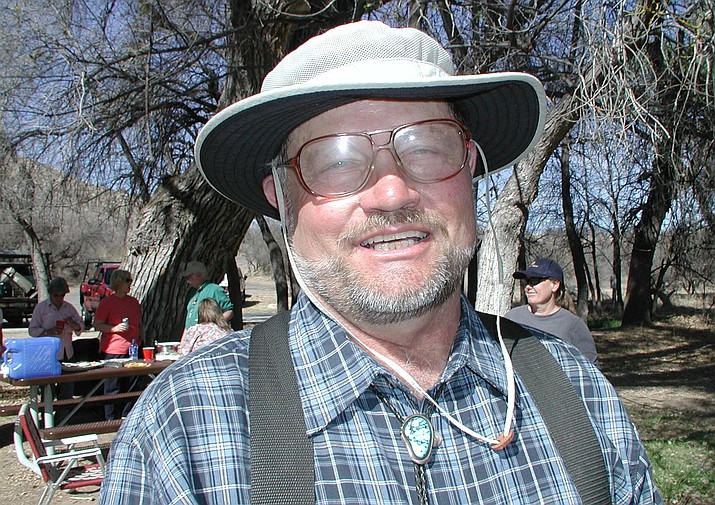 The announcement that John Parsons will be the keynote speaker for the 30th annual Verde River Day in September is a fitting tribute to the man known locally as “Mr. Verde River.”

It’s also an opportunity to pause and look back at Parsons’ incredible political legacy in the Verde Valley.

What’s most interesting about Parsons is that he was never elected to public office. He ran four times between 1986 and ’92 and did so as both an Independent and Democrat.

That in itself speaks volumes on how preoccupied Parsons was of actually winning any of these elections.

An Independent getting elected in a partisan race in the GOP stronghold otherwise known as Yavapai County in the 1980s and ‘90s was highly unlikely. A Democrat did not stand a chance.

Coming up on the short end of an election does not in any way diminish the political clout Parsons had during that era. Further, it should serve as a template for local leaders as the model for how to effect meaningful and lasting change.

One only had to live in the Verde Valley during the 1980s to understand the mammoth political battle Parsons pursued to re-shape public policy on the value and purpose of a Southwest desert river.

In Parsons’ case, it is most important to emphasize that this was not a battle he “fought.” Rather, it was one he nurtured through education and relationship building.

Much of it was done from the seat of a canoe he always had strapped to the top of his old four-wheel drive.

Any time. Any place. Parsons would take just about anyone willing on a canoe ride down the Verde River. These trips provided a first-hand look at a potential treasure being destroyed because of industrial mining use and misguided environmental policy.

Political forums were a natural battle ground for Parsons. An eloquent public speaker, Parsons went on the campaign trail four times – once as a “Land, Water, Legacy” candidate – and used the political process as an ends to a means. It wasn’t so much to get elected as it was to provide listening audiences with a well-rehearsed verbal treatise on land, water and river use public policy.

John Parsons taught us that we had it all wrong. The Verde River was not a resource to be used, but a treasure to be protected.

The political process further allowed Parsons to build relationships with key shakers and movers at the county, state and federal levels.

He took full advantage of the friendships he established by serving on most every committee and group he could find to eventually fit the puzzle pieces of public policy change together.

Ultimately, Parsons affected some of the most meaningful changes the Verde Valley will ever see by fighting a battle based on building friendships.

He turned enemies into allies. Education was his sword. Relationship building was his shield.

What’s most amazing about John Parsons is that for a guy who finished last in just about every election he ever ran in, he very well could be the most effective politician we’ve ever had in the Verde Valley.

When you measure results, John Parsons’ long-term contributions to the Verde Valley are the high-bar marks every local political leader should aspire to reach.

There is much we can all learn from his methods.