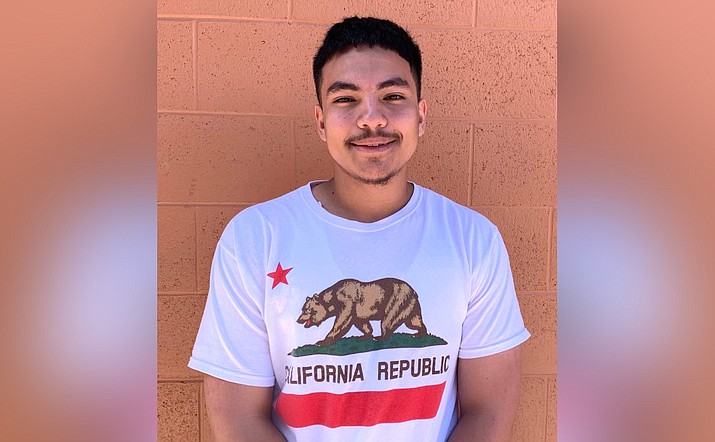 Editor's Note: Mingus Union High School English teachers Molly Westcott and Christian Fuller had their students do a year-long multi-genre essay during the 2018-19 school year. The following is one of four of those essays selected for publication on verdenews.com.

Attention all students, here are your announcements for November 26, 2018. It’s getting really hot here at Mingus it may be November, but the temperature is hitting 66 degrees in Sedona. Last year the highest temperature for Arizona in November was a scorching 80 degrees, but that doesn’t mean we’re not slowly heating up. With the rise of temperature, we’re urging students to stay hydrated and stay moderately warm and to not use as much carbon. Try to walk or ride a bike to your next destination to reduce your carbon emission and to keep our atmosphere safe. We’re going to start a coin drive and all the proceeds will go to the Leonardo DiCaprio Foundation to help reduce carbon emissions and to help preserve species of animals on our planet. The class who brings in the most money by the end of the month will win a pizza party and will get to see Mr. DiCaprio himself. He will visit your class for the duration of lunch. We will announce the winners during third period right before lunch. Good luck! Again, stay hydrated and reduce your carbon footprint! This concludes the announcements for today. Have a good day everyone.

2 teaspoons of methane gas being released into the air

A planet to pollute

Procedure: Get one planet to pollute and put 1 tablespoon of carbon dioxide pollution and both teaspoons of methane and release it all into the earth's atmosphere. Then for every person in the world put 2 pounds of trash into the world's oceans. The light will be absorbed into the trash making the oceans hotter. More light will also be absorbed into the atmosphere heating the earth more.

And that is how the Earth is heated to cause climate change.

In the year 1879 the International Meteorological Organization starts to gather information on the world’s climate. Later in 1896 Arrhenius makes a calculation are causing the increase of Co2 due to the number of factories made during the revolution. In 1920 the oil rigs in Texas and in the Persian Gulf are set up making the world start to be dependent on oil. The world starts opening oil rigs in the ocean so they can mine the oil from the ocean. The amount of oil used in the world increases with the usage and more commonly found cars, and other machinery that use oil in them. More factories are being built which use more and more carbon.

As a kid I took the little things this planet has to offer for granted. The lush green fields, the clear white of the ice caps, and the green of the forest. I’ve only been to two of these places I’ve described but I still see them all in my head. I’ve always wanted to go to Amazon, a place filled with tons of wildlife, plant life, and a beautiful landscape. There was once a time where at night you could clearly see the stars, without all the light pollution and smog in the air. Stargazing was lost to the people who own the factories fogging up the sky turning it gray, taking away it’s light blue color. Making hard or almost impossible to see the birds in the sky that day. The green the forest have is dropping, deforestation and forest fires killing them. In the end it’s all going to be missed and people are going to think they took it for granted.- Leonardo DiCaprio

Interview with Leonardo DiCaprio and Interviewer

Q:Why did you establish the Leonardo DiCaprio Foundation? Especially at such a young age?

A:I did it to protect some wildlife areas. Stop them from becoming extinct.

Q: What are some of the world's problems that the Leonardo DiCaprio Foundation tackle?

A: We do all types of problems. Wildlands Conservation, Oceans Conservation, Climate Change, Indigenous Rights, Transforming California, and Innovative Solutions are the main ones we are doing. I mean at first it started out as just a means to protect animals close to extinction and preserve wildlife locations. Then we started picking up momentum. In 2013 we got Thailand to pledge to stop their ivory trade. Which saved lots of elephants from being killed for their tusk. Then we started speaking at the Climate Leader's Summit. I think we’re making great strides in helping the world.

Q: Do you guys help in the water too?

A: Yes, just a couple of years ago we got seven million dollars for ocean conservation. We made sure some sharks that are endangered are put into protection. Most recently we teamed up with the president of Mexico Peña Nieto and Carlos Slim Helú. We came together to protect the really close to extinction fish the Vaquita. There’s only around 30 if them left in the world.

Okay, well this was a good interview Leo. Goodbye.

Your help is needed!

The world is in trouble and it needs your help to stop global warming. All it needs is your part to stop the world from being polluted. You just got to use your car less to reduce the amount of carbon dioxide released yearly. You can also pick up trash around your area and recycle it to reduce the amount of gasses landfills emit when burning the trash. Instead recycle your trash and put into a good cause. Switch your main power to solar energy so the energy plants

4.6 billion years ago, this planet we are standing on was made. Starting off as a ball rock with not much of anything but fire. It took the earth millions of years to create the perfect environment to create life here on Earth. When we first opened our eyes as children, even now when I wake up I look up to the sky to see the never ending blue paired with clouds and a nice cold breeze sometimes. When that cool breeze disappears and in place comes in a hot brush of wind then people are going to regret not taking care of this place. The green of the amazon will disappear with global warming. With temperature rise the tides will rise when the glaciers rise will submerge and destroy cities. The way we can stop this is by not polluting the earth and reducing our carbon footprint.

Welcome back to the news at 7, our top story is about the warming of the Earth. The earth's temperature has risen by 1 degree in the past year. The ice caps all melted and we have lost many cities due to the flooding and the rising of the sea level. In the U.S alone we lost the following cities:

We here at News of the World are deeply sorry for the amount of memories, places, and people that were lost during the flooding. We will never get those lost lives back. Those who tuned in to hear the anniversary for the flooding we’d like to ask you all for a moment of silence

Letter: We can't stick our heads in sand over environmental realities
Climate change will continue to scorch the Southwest, data predict
Arctic to Arizona: NAU professor explains how climate change affects everyone
Film Festival presents free screenings of ‘Before the Flood’ Dec. 22
Commentary: Climate change one of many incessant anti-Trump waves lapping against shores of truth
Event Calendar