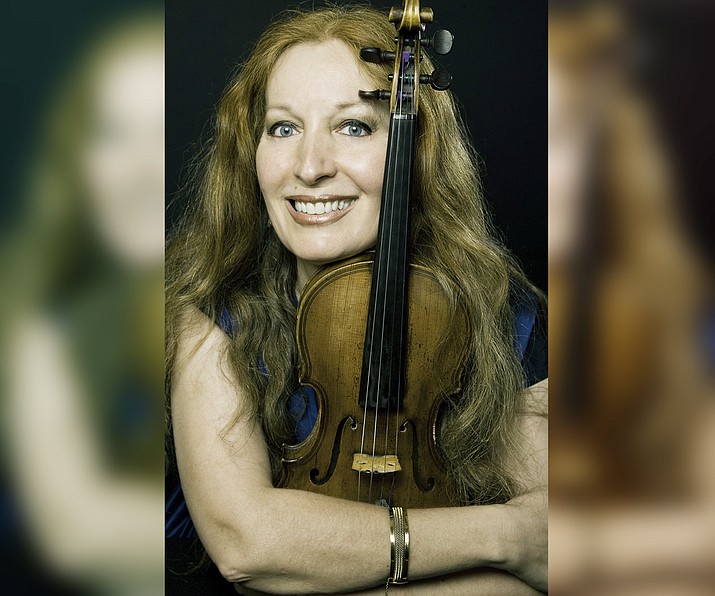 Violinist Elmira Darvarova will be part of the Red Rocks Music Festival, which recently announced the start its 2019 season, which involves, concerts in two venues in Sedona.

The Red Rocks Music Festival recently announced its 2019 season with concerts in two venues in Sedona.

“Our goal is to offer concerts, at affordable prices, that will appeal to a variety of musical tastes – from Tangos to Chinese Folk Songs to Gershwin and of course, the great classical masters including Bach, Beethoven, Chopin and Mozart, to name a few,” says Moshe Bukshpan, executive director. “ We are a small organization with a limited schedule, so we try to make every concert a memorable experience — from the music to the venue.”

This is the first year that the Red Rocks Music Festival will be held at the Mary D. Fisher Theater, Sedona’s premiere arthouse theatre venue, operated by the Sedona International Film Festival.

In addition to presenting mainstream films, the theater also features award-winning independent and foreign films from around the world, as well as concerts and other special events. The Sedona Creative Life Center has been a partner and venue for Red Rocks since 2002.

The season opens with Piazzolla – The Genius of Tango including arrangements that are being premiered for the first time in Arizona.

From Mozart to Gershwin and More will be presented on Sunday, Sept. 8, 3 p.m., in Sedona. Guest violinists David Ehrlich and Yibin Li will perform with principals from the Phoenix Symphony including Alex Laing, clarinet, Christopher McKay, viola and Jan Simiz, cello.

Raised in Israel, violinist David Ehrlich started his professional career as concertmaster and soloist with the Tel Aviv Chamber Orchestra and toured as guest soloist with other Israeli chamber orchestras.

In the U.S., he served as concertmaster and soloist of the Colorado Festival Orchestra, Chicago Philharmonic Orchestra and was associate concertmaster with the Indianapolis Symphony Orchestra.

Later, he joined the Audubon Quartet as first violinist, and toured all over the world, performing in some of the most prestigious concert series, collaborating with many of the world’s great chamber musicians, and appearing on radio and television.

Ms. Li will be the featured artist in East Meets West on Sept. 7.

This concert features a mix of Chinese Folk Songs and Classical music. “We are trying to broaden our reach by offering music that appeals to new audiences,” says Bukshpan.

The final concert in the series is "Polonaise-fantasie," the story of a pianist, on Sept. 21, featuring Ukranian-born artist Inna Faliks.

Faliks’s distinguished career has taken her to thousands of recitals and concerti throughout the U.S., Asia, Europe and the Middle East. She is also head of the piano department at UCLA.

Polonaise-fantasie is a unique performance that combines a recital of short piano works from Bach to Chopin to Carter, combined with Ms. Faliks’s autobiographical essays.

Her story chronicles her childhood in Odesa, the former Soviet Union, her family’s emigration to America, her seminal early influences and her evolution as an artist.

It’s also her love story, as she is reunited as an adult with a childhood friend who is now her husband.

Says Ms. Faliks, “It is my hope that, in sharing this story, I offer audiences a glimpse into the life of a performing musician, as well as into my very personal story – the story that makes me the artist I am today.”

Piazzolla – The Genius of Tango

From Mozart to Gershwin and More

Polonaise-fantasie, the story of a pianist

The Red Rocks Music Festival educates, engages and challenges audiences through a unique collaboration of musicians from leading Arizona performing arts organizations and world-acclaimed artists. An integral part of the Festival’s mission is education.

The festival provides outreach educational music programs that inspire students to appreciate and continue their interest in the arts.

Tickets prices for all concerts are $36 for general admission and $14 for children, ages 14 and under.

Patrons can take advantage of the Festival Special and pay $108 for a ticket to all four concerts.