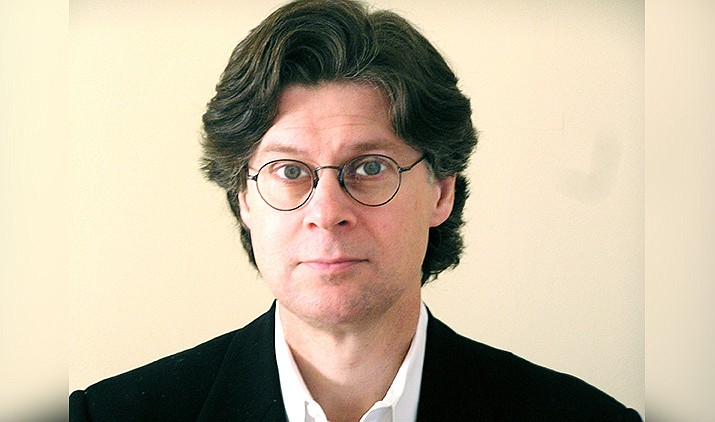 The Democratic debates have been hard on Never Trumpers.

The small but vocal group of Republicans and former Republicans who oppose President Trump has watched in horror as Democrats veered leftward, embracing “Medicare for All,” virtually open borders, sky-high taxes and other positions no conservative could ever accept.

The Never Trumpers see disaster coming in the form of the president winning re-election over a Democrat who moved too far left for the American voter.

So they issue warnings. The Democrats’ performance in the most recent debate was “worse than farcical,” The New York Times’ Bret Stephens wrote. “It’s tragic. It will make the Trump campaign’s job of selling the president as the non-insane option in next year’s election shamefully easy.”

After the first debate -- a widely watched event that gave voters across the nation their initial impression of the Democratic field -- some Never Trumpers were deeply alarmed.

“Trump wants to portray Democrats as open-border socialists,” wrote The Washington Post’s Max Boot. “And in their eagerness to court progressive primary voters, the candidates are playing into his hands.”

The alarm sometimes felt personal, as when the Times’ David Brooks issued a plea: “Dems, Please Don’t Drive Me Away.” The columnist announced that he could “never in a million years vote for Donald Trump,” and plaintively asked Democrats: “Will there be a candidate I can vote for?”

Maybe not. The fretting and complaining, coming from people who had been Republicans until Trump came along, set some liberals on edge.

“We should just ditch this whole primary thing and just have a small panel of Never Trump Republicans solomonically decide which Democrat would make them most comfortable,” tweeted MSNBC’s Chris Hayes.

“I, for one, have pretty much had it with the chorus of center-right voices braying that the Democrats are heading for certain doom ... if the party picks a nominee who actually embraces the party’s ideals,” wrote the Post’s Eugene Robinson, adding that “Never Trump Republicans and independents may be shocked to hear this, but the Democratic Party is likely to nominate a Democrat for president.”

The pushback served to highlight the Never Trump dilemma. First, they went through a torturous process searching for a candidate to support in the 2016 election. Now, it’s happening again.

The 2020 problem is twofold. The first part is that there is no hope of challenging Trump within the Republican Party structure. As sitting president, Trump controls the Republican National Committee and has the support of the vast majority of GOP voters.

The only Republican running against Trump so far is William Weld, the former governor of Massachusetts who left office more than 20 years ago. With scant polling, it is not clear how much support Weld has, but it’s not much.

The second part of the Never Trump dilemma is the depressingly woke Democratic field. Only a few Never Trumpers would be able to support a Bernie Sanders, Elizabeth Warren or Kamala Harris. Some would probably be happy with Joe Biden, but perhaps more the Biden of their memories than the man who will have to move far enough left to capture the Democratic nomination.

So with no hope of stopping Trump inside the GOP, and with Democrats moving in an unacceptable direction, what to do?

There’s always hope that some Republican more prominent than Weld will defy the odds and challenge Trump in the primaries. There aren’t a lot of choices.

Mark Sanford, the former South Carolina governor and congressman who lost a GOP primary in 2018, says he is thinking about running on a platform of fiscal responsibility. That’s unlikely to generate much voter excitement.

Some Never Trumpers would like to see Rep. Justin Amash, who recently left the GOP over Trump, take on the president, although running in the Republican primaries might be a stretch for someone who has just left the Republican Party.

Some might also search for a candidate of neither party whom they can support in the general election. If that happens, it could well end up like 2016, when Never Trumpers supported Evan McMullin, an ex-CIA agent who received 731,788 votes, or 0.54% of the total votes cast. He was not exactly an inspiring standard bearer.

The fact is, barring some extraordinary event that no one can predict, the 2020 presidential race will be between President Trump and a Democratic challenger.