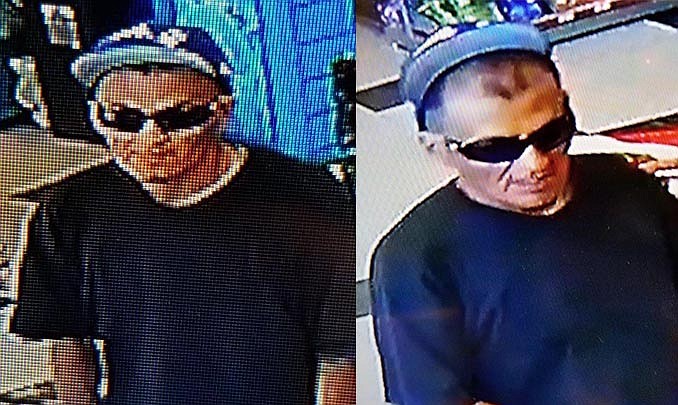 Authorities are looking for a man believed to be connected with the theft of a 2003 Toyota Tacoma half-ton pickup stolen Sunday in Rimrock and found six hours later in Gallup, New Mexico. Courtesy Yavapai County Sheriff’s Office

RIMROCK – A vehicle reported stolen Sunday afternoon in Rimrock was located six hours later in Gallup, New Mexico. But authorities are still looking for the person responsible for its theft.

At about 3:34 p.m. Sunday, Aug. 18, deputies with the Yavapai County Sheriff’s Office deputies responded to a report of automobile theft at the McGuireville Mini Mart in the 2100 block of E. Beaver Creek Road.

According to a press release from the Yavapai County Sheriff’s Office, the victim told deputies that while he was inside the mini-mart for just a couple of minutes, his gold 2003 Toyota Tacoma half-ton pickup was stolen.

Just after 9 p.m., the Gallup, New Mexico Police Department contacted the YCSO reporting deputy that its officers had located and stopped the vehicle, the press release stated.

Gallup PD recovered the vehicle. The suspect driver ran from officers and was not caught, the press release stated.

From video shot at the McGuireville Mini Mart, YC deputies described the suspect as a Native American or Hispanic male, height 5 foot 10 inches, weight 160 pounds, with black hair and brown eyes. The suspect was wearing a black t-shirt, blue jeans and a blue hat.

In the video, the suspect is seen standing just outside the doorway and approached the vehicle as soon as the victim enters the store, “an apparent crime of opportunity,” the press release stated.

Online tips may be reported at yavapaisw.com. If a direct tip to Silent Witness leads to the arrest of this suspect, a cash reward will be offered, the press release stated.

“Never leave the car keys in your unattended and unlocked vehicle,” the press release stated. “Be aware of your surroundings as you never know who is watching.”

Citizens can contact the Yavapai County Sheriff’s Office with information or questions at 928-771-3260 or the YCSO website ycsoaz.gov.