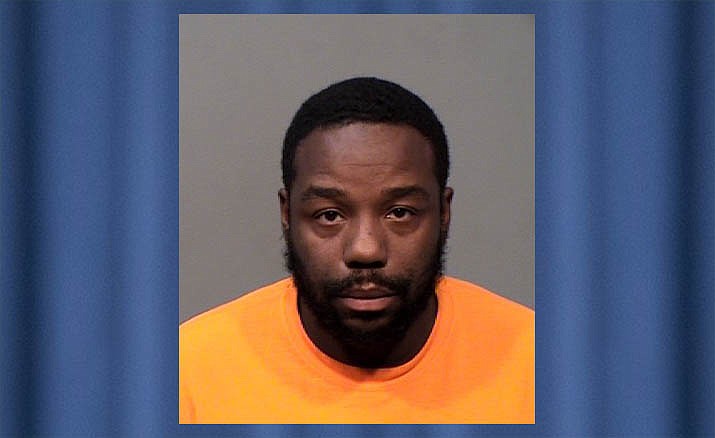 ASH FORK -- Sunday, at about 8:15 a.m., a 39-year-old Florida man was taken into custody after an I-40 traffic stop revealed he had narcotics in his vehicle, according to a Yavapai County Sheriff's Office release.

Demetrius Dowdell was arrested on several drug-related charges. He was booked into the Camp Verde Detention Center, where he remained late Tuesday in-custody on a $300,000 bond.

While a K9 unit was monitoring eastbound I-40 traffic in the Ash Fork area, the deputy noticed a silver passenger car with Tennessee plates. The vehicle had visible windshield obstructions including a windshield-mounted dash camera and radar detector. A traffic stop was initiated.

Dowdell, the driver and only occupant of the car, exited his vehicle to speak with the deputy and immediately locked the car doors.

As the conversation continued, Dowdell appeared nervous, as he offered conflicting accounts of his travel plans. When questioned, Demetrius denied he was transporting drugs in his vehicle.

Based on the K9 deputy’s training and experience, he determined Demetrius was being deceptive regarding the question about illicit drugs.

As a result, the deputy deployed his certified K9 partner, Vader, for a free-air/exterior sniff of the vehicle.

During the walkaround, the K9 alerted at least twice, indicating an odor of narcotics coming from the trunk and passenger side of the vehicle. Deputies opened the trunk and found 2 bags inside -- a duffle bag and the other a suitcase. Inside the duffle bag, deputies discovered 29 large plastic bags containing apparent methamphetamine, along with other narcotics.

Sample testing of the contents revealed 25 pounds of methamphetamine, 2.5 pounds of white powder heroin and two pounds of ‘black tar’ heroin. Further testing will be necessary to confirm the exact makeup of the narcotics.

An investigation is ongoing as to the source and destination of the narcotics. 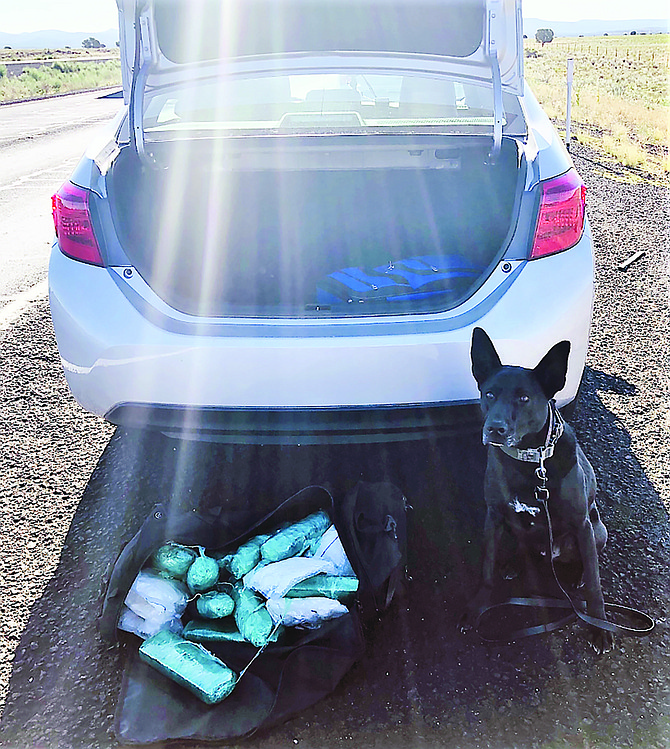