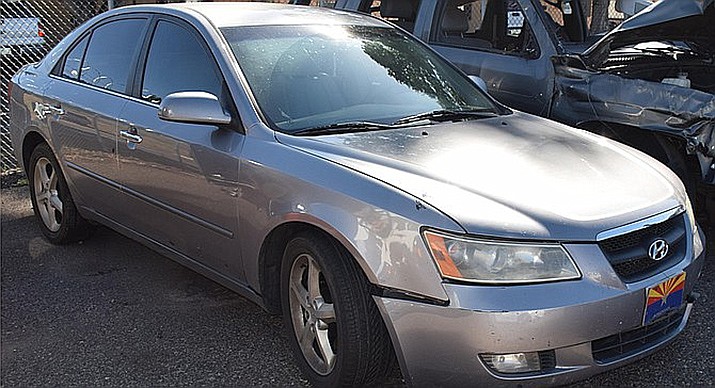 This stolen car was recovered Saturday on SR 89A near milepost 389 in the area commonly referred to as the switchbacks of Oak Creek Canyon, according to an Aug. 17 press release from the Coconino County Sheriff’s Office. The Sheriff's Office announced Aug. 24 that the body of Alan Arvey, 87, of Phoenix was found not far from the vehicle, but any connection between and Arvey and the vehicle has not been discussed publicly by authorities. Courtesy Coconino County Sheriff’s Office.

FLAGSTAFF -- The deceased man found on Aug. 17 in the area of SR 89A, near milepost 389 in the Oak Creek Canyon area, has been identified as Alan Arvey, an 87-year-old resident of Sun City.

Maricopa County detectives told the Coconino County Sheriff’s Office “that the image on our unidentified person flyer resembled the description of Arvey, leading to the identification of the deceased person,” according to the press release.

Although the Coconino County Sheriff’s Office thanks the public “for the many tips we received in this case,” detectives continue to investigate the circumstances surrounding Arvey’s death.

Due to the ongoing investigation, the Sheriff's Office is not releasing any further details, including information on whether and how a vehicle reported stolen, found in the area where Arvey's body was found, might be connected to his death.

When asked about the compact car found near Arvey’s body, Lt. Gerrit J. Boeck, of the CCSO’s Criminal Investigations division, said he could not release any additional information due to the ongoing investigation.