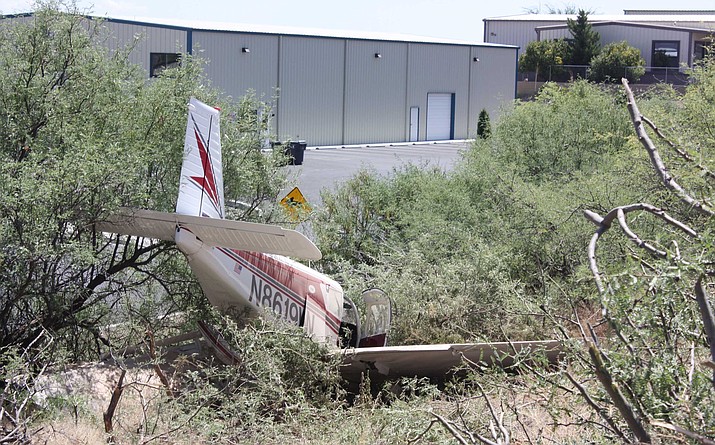 A small plane was pushed off a runway at Cottonwood Airport on Sunday morning by a sudden gust of wind. The two occupants weren't injured. Courtesy of Cottonwood Police

At about 11:30 a.m. Sunday, Cottonwood Police and Fire responded to the airport located on the west side of the city, for a non-injury airplane accident.

A white and red 1963 Piper fixed-wing single-engine, propeller-driven airplane sustained major damage when it was pushed off of the runway by a large gust of wind.

The plane went into an area of brush and small trees. There is no mention in the report of the plane striking any structures of vehicles.

A pilot-in-training and instructor were conducting soft field takeoffs when the gust of wind came through.

There were no injuries and the FAA and NTSB were notified. Both agencies declined to investigate at the scene.