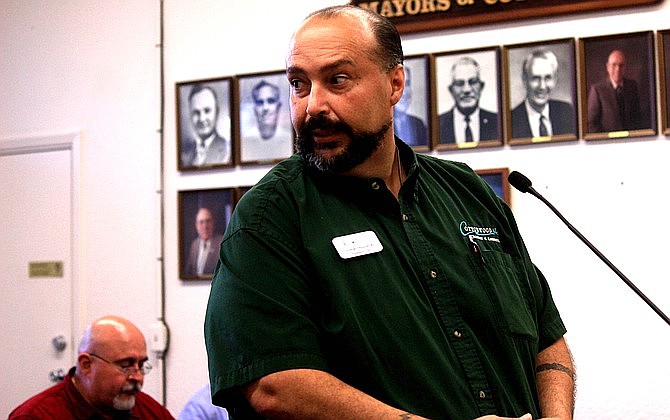 President and CEO of the Cottonwood Chamber of Commerce, Christian Olivia del Rio, listens from a podium at a 2018 meeting. Del Rio and Cottonwood City Manager Ron Corbin both told the Cottonwood Council earlier this month they're both pleased with a new three-year, $230,000-annual funding agreement the Council approved between the city and the Chamber. File photo

COTTONWOOD — A new agreement hammered out between the Cottonwood Chamber of Commerce and the City of Cottonwood has leaders from both sides of the negotiations singing its praises.

In a contract approved by the Cottonwood Council earlier this month, the city will fund the Chamber, through bed tax revenues, at $230,000 per year for as many as three years.

The funds will be disbursed in equal monthly installments of about $19,000.

The funding amount could be reduced in the second and third years of the agreement if bed tax revenues decrease dramatically, or, for any other reason, the Council decides to reduce it, providing notice by May 1 of the then-current fiscal year. Each fiscal year starts July 1.

The stated purpose of the agreement is for the Chamber to “promote, develop and enhance tourism and economic development for the City and its environs, and to render specific professional and technical services to the City.”

Christian Oliva del Rio, who was hired as the Chamber’s executive director in 2016, has been with the organization for 12 years. He said typically, the contract was simply renewed, but talks between himself and City Manager Ron Corbin, who was hired near the start of 2019, have led to a different type and duration of the agreement.

“The Chamber and the City have had a contract for more than 12 years,” Oliva del Rio said. “This year, we had a great conversation with the city manager and mayor. The previous contract only had two bullet points of expectations, but this year, we worked together to meet some true objectives and to get some real participation from the city.”

The funding level was set by the Council during the annual budget process that took place during the late spring. At the Aug. 6 Council meeting, Corbin told the Council he worked closely with Oliva del Rio to specify much more detail on what’s expected from both the city and the Chamber.

“You’ll see and hear about quarterly reports on activities,” Corbin said, giving an example of one change in the new contract. “We have a long list in the (six-page) agreement that details what’s expected of them. Promotion of specific city events is a big part of it.”

Corbin said the Chamber’s new and rejuvenated partnerships, such as those with the Old Town Cottonwood Association and with elements in the wine tasting community, are encouraging factors. He thanked several city staff members for their roles in putting the agreement together as well.

Oliva del Rio said he’s looking forward to leading the Chamber through the heavier part of the weekend event schedule — early autumn — and even relishes the chance to recap and review expectations in the spring of next year.

“We will review the current contract next May, and discuss what worked well, and what we can do better together,” Oliva del Rio said. “We truly have an engaged partner in the city and it’s been wonderful.”

Corbin pointed out to the Council that even though the Chamber funding is fixed at $230,000 annually, he said it’s possible a spring 2020 review could lead to a renegotiation where the Chamber receives a percentage of bed tax money, rather than a flat amount.

“I feel very comfortable with these numbers,” Corbin said.

In the past, Corbin said, typically, the city would fund 100 percent of bed tax revenue to the Cottonwood Economic Development Council, and the Chamber would end up getting about 85 percent of that money. The Council chose to not fund the CEDC at all for Fiscal 2020; the $230,000 was chosen for being roughly 85 percent of bed tax money.

Some of the expectations of the Chamber, in the new contract, include creation and expansion of “wine-centric” programs that promote Old Town Cottonwood, tourism, natural beauty, cultural assets, and outdoor activities.

Increased products and services at the Cottonwood Visitors Center and a focus on hiking and biking trails is mentioned.

Promoting Cottonwood as a specific travel and tourism destination will be a focus. This will include targeting Sedona visitors as potential tourists to Cottonwood, though billboard advertisements, publications, signs at bus stops and other areas of public gatherings.

Oliva del Rio said keeping lines of communication open — both between the Chamber board, staff and members and with the city and other organizations — will be a huge key in an uncertain economy.

“We now are meeting regularly to discuss our marketing plan and actually getting credit for all the work the Chamber does in promoting Cottonwood and the Verde Valley,” Oliva del Rio said. “It has been a great experience. My board and staff are very pleased and welcome the city’s involvement.” 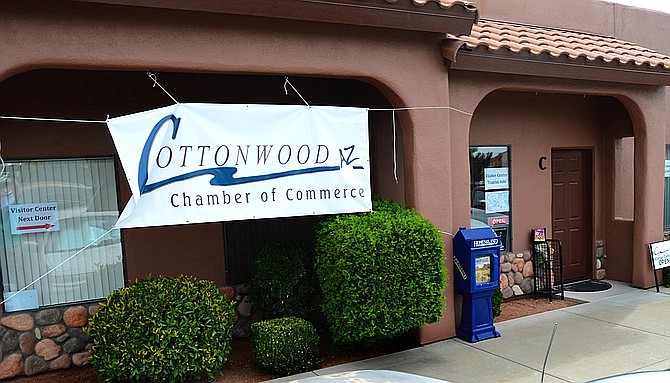 A new agreement hammered out between the Cottonwood Area Chamber of Commerce, which moved into a new location in 2017, and the City of Cottonwood has leaders from both sides of the negotiations singing its praises.