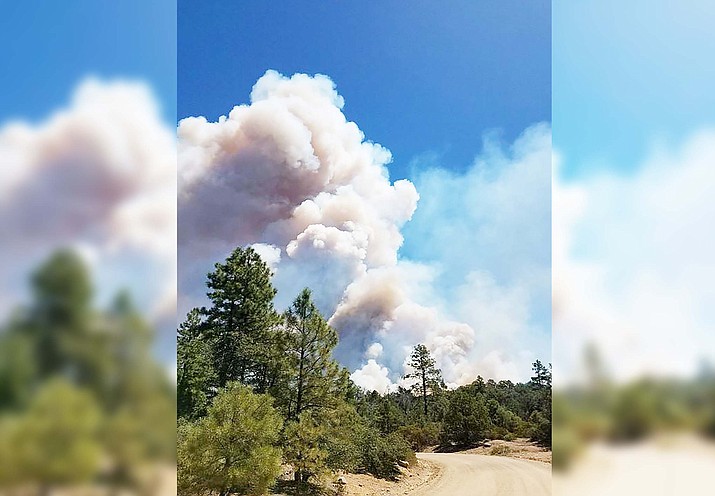 PRESCOTT NATIONAL FOREST –- The Sheridan Fire has increased to 15,689 acres, mostly due to hand and aerial ignitions along the western edge of the fire containment line.

That comes from a report Thursday from the Prescott National Forest and from an update Friday from InciWeb, an online incident information system.

“The aerial ignitions are being done by plastic incendiary devices that resemble ping pong balls,” the Prescott National Forest said Thursday in a press release. “These are fired from a helicopter or unmanned drone and ignite the vegetation on the ground.”

For firefighter and public safety, an area closure remains in effect over the Sheridan Fire that includes Camp Wood Road and the entire fire area south of Walnut Creek Road.

Visitors and residents near the closure area are advised to be alert for fire vehicles and equipment.

The Sheridan Fire, which was started by lightning on Aug. 5, is burning in an area about 23 miles northwest of Prescott on the Chino Valley District of Prescott National Forest.

The fire is still completely uncontained, the press release stated.

Prescott National Forest is also reporting that smoke impacts extend mainly to the north and northeast of the general fire area. Fire operations managers attempt to minimize smoke impacts when and where possible