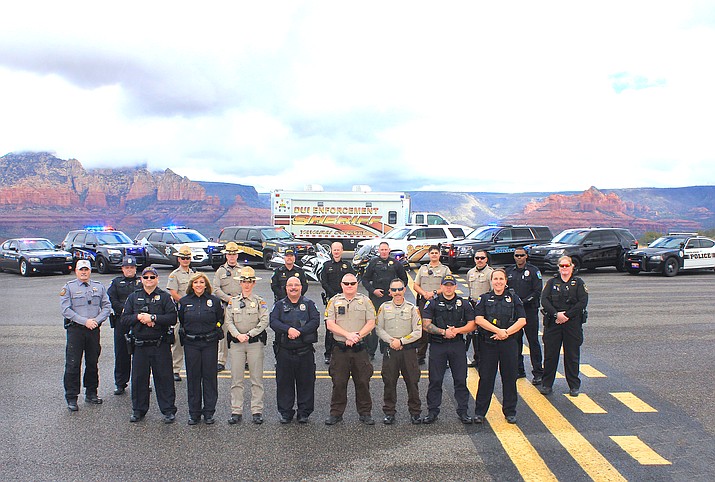 According to Camp Verde Commander Brian Armstrong, the Task Force is “focused on saturation patrols, deploying officers in cities around the Verde Valley and Sedona to patrol specifically for impaired drivers.”

Each weekend through December, rotating command locations will concentrate enforcement in the area near the command post.

According to the National Highway Traffic Safety Administration, 10,511 people died as a result of drunk-driving crashes in 2018, and 220 children 14 and under killed in drunk driving car crashes in 2017.

The legal limit in Arizona for driving under the influence of alcohol – DUI – is a blood-alcohol content of .08. It is also illegal in Arizona for an individual to operate a motor vehicle if impaired to the slightest degree by alcohol or drugs, even with a BAC under .08, Armstrong said.

The objective of the Verde Valley DUI Task Force, Armstrong said, is “to intercept alcohol and drug-impaired drivers before an accident can happen.”

Detail hours are 6 p.m. to 2 a.m. Dates and command locations are as follows:

According to Armstrong, overtime for deputies working the detail will be paid by a grant received from the Governor’s Office of Highway Safety (GOHS) for DUI enforcement.