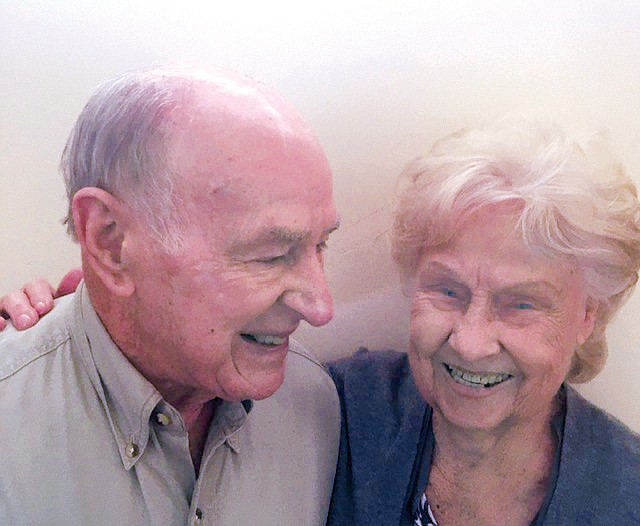 Bill and Tina (Kaufmann) Bryant of Oak Creek Valley celebrated their 70th wedding anniversary Nov. 29. They were married at the Eastside Church of the Nazarene in Phoenix Arizona.

They met at a skating rink in Glendale, Arizona and six months later were married. They are proud parents of two daughters, Virgina Lynn and Leah Dianne. They have five grandchildren and fifteen great-grand children.

Their children say the Bryants have been wonderful examples of honest living, hard working and a philosophy of living that is to be fair and honest with all people at all times.

Bill has sought out adventures that have been both daring and enduring.

Some fantastic times include crossing the Gulf of Mexico in a one-man kayak on Dec. 1, 1969 which appeared in “Saga” magazine. He begin mapping caves in the United States and founded the Chapter Speleological Society of Arizona in 1957, acting as president for 10 years. This resulted in spectacular underground caves mapped and recorded by the light of carbine never seen by man before.

He has always been one to push himself past hard places and taking calculated risks whether hiking or caving saying at the end, “It is always worth it.”

Tina is creative, artistic, industrious and a talented decorator in her own right. Though she never had formal schooling she taught herself to craft beautiful window treatments for homes and businesses.

She began working out of her home in 1958 and her eye for color and style led her to open her own business in downtown Prescott, Arizona.

When Bill and Tina moved to the Oak Creek Valley she opened Tina’s Custom Draperies in downtown Cottonwood where she made beautiful custom window treatments.

After 58 years, she retired. She has loved motorcycling cross country along with waterskiing and caving for many years with Bill. Her talents expanded to remodeling their home into the beautiful place it is today.

She is an avid gardener also finding ways to create symmetry and beauty in an otherwise hot and barren landscape.

She continues to express her love for art by painting in oils at her home. Bill and Tina Bryant will leave a legacy of industry, adventure, love of God and family.