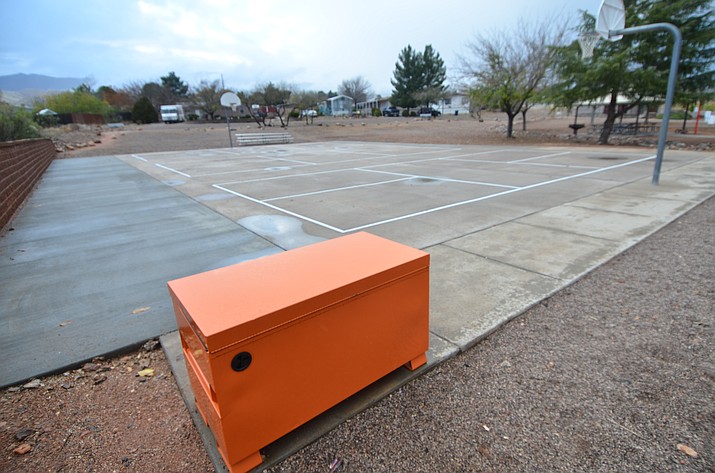 The new pickleball courts at Centerville Park in Clarkdale are inaccessible at this time, according to the town, due to recent theft of equipment. VVN/Vyto Starinskas.

CLARKDALE — The Clarkdale pickleball players are having their paddles taken away.

Clarkdale Community Services Supervisor Joni Westcott said vandals have broken some of the equipment at the pickleball courts in Centerville.

So she said the courts and the equipment are now inaccessible.

The Centerville Park pickleball courts are free, and people could check out equipment from a metal lock-box at the park with a code.

However, vandals have broken some paddles, taken a paddle and one net has been compromised, Westcott said.

Westcott is not sure if someone left the box open or someone with the code vandalized the equipment, but the code has been changed.

There is no estimate for the vandalism yet, she said, but Westcott hopes to get the courts open no later than early spring, if not sooner.