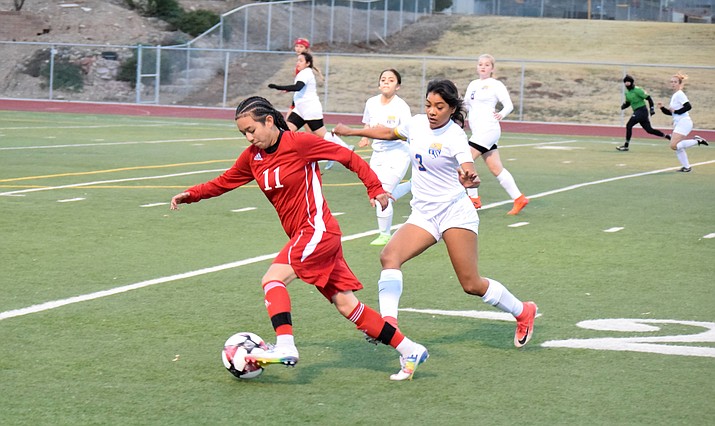 Arizona state lawmakers are being asked to keep boys -- or at least those who are genetically identified as male -- off of ' high school and college sports teams for girls and women. VVN/ file/James Kelley

Mingus Union girls soccer started the season with a tough road loss but a return to the postseason powered by a strong senior class seems likely.

“We’ve got some veterans, we’ve got some young kids coming in,” Mingus head coach Calvin Behlow said. “We’re all trying to figure out who we are as a team right now, kinda decide where we stand in regards to who’s playing where and where they’re going to play. Some of the girls have played a lot together but we’ve got some other girls that have to fill some holes that haven’t been around. So it’s gonna be interesting to see kinda how the team comes together.”

Six seniors lead Mingus Union, some of whom have been regular contributors on varsity since they were freshmen.

“The seniors are great,” Calvin Behlow said. “I’ve been coaching some of the seniors since they were three, four years old, so I know them really, really well. It’s actually a fun year, Xs and Os, wins and losses I’m not sure how that’s gonna play out but I think this year definitely is more about these girls enjoying their senior year, that class of 2020, and just really enjoying each other. A lot of them they’re friends their whole lives, so it’ll be fun to see kinda the dynamics of how they all play.”

“There’s four or five girls that have always played varsity at Mingus and they know each other, they’re fun, it’s building that group around them that wanna kinda contribute as well that’ll be the challenge,” Calvin Behlow said.

After 19 freshmen tried out last year, this season the Marauders had less players come out but their quality may be higher.

“Our numbers are down this year, we only had like 36, 37 show up,” Calvin Behlow said. “Smaller freshman class than we had last year, I don’t know if it’s the split in the junior highs that kinda caused that or what the case may be but numbers were way down this year. But i think quality is up.” 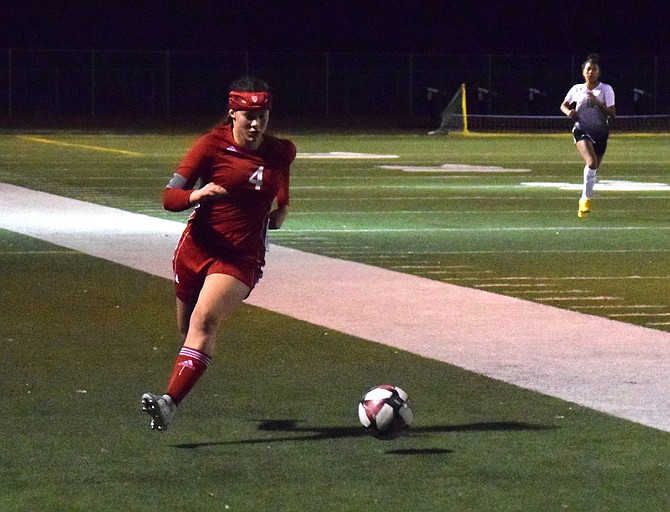 Calvin Behlow said the Grand Canyon Region is the best in state. Last year the region had two teams in the state elite eight, Prescott and Flagstaff and Mingus Union, Lee Williams, Bradshaw Mountain and Mohave reach the state play-in meaning six of the seven teams in the region made the postseason.

The Marauders opened the season with a 6-0 loss Prescott on Thursday night. Last year the Badgers reached the state quarterfinals where they lost at eventual state Tucson Salpointe Catholic 1-0.

The Marauders travel to Buckeye Union on Tuesday. Their home opener is Thursday night at 5 p.m. against Peoria.