Mingus will not renew Ortiz contract as head football coach 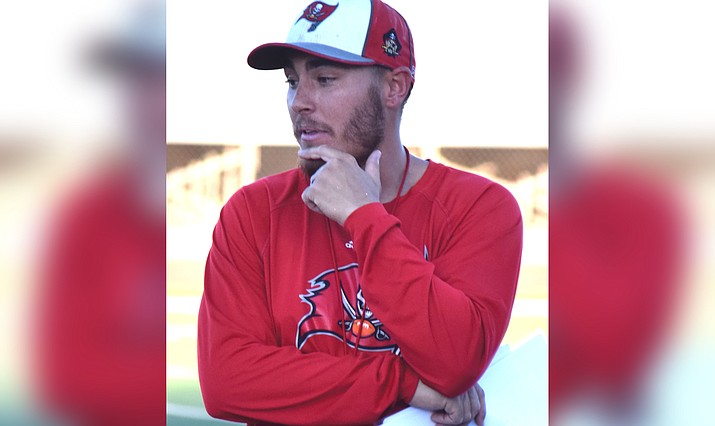 Robert Ortiz will not return as the Mingus Union head football coach in 2020. VVN file photo

Ortiz was ejected from the Marauders’ Oct. 4 game against Mohave after receiving two unsportsmanlike conduct penalties as the Mingus coaches argued an apparent timing error.

Ortiz teaches weights and is a 2009 Mingus Union alumnus.

The Marauders finished the 2019 campaign 0-10 after going 9-3 in 2018 and reaching the state quarterfinals. In his first season as head coach in 2018, Ortiz was Grand Canyon Region Coach of the Year and Arizona Cardinals and Wells Fargo “High School Coach of the Week.”

In a Monday email to The Verde Independent, Superintendent Westcott said, “Mingus Union High School will not be offering Robert Ortiz the head football coaching contract for the 2020 season. Following a full analysis of the last two seasons the administrative team came to consensus that the program needs to move in a different direction. We will soon begin the search for a head football coach.”

The Verde Independent will update this story as more information becomes available.