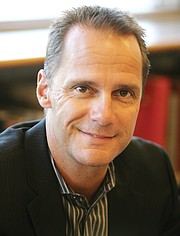 “Like many agencies, we struggle to recruit and retain dispatchers. A portion of the overtime is offset by vacancies. However, trainees cannot be calculated in minimum staffing levels as they are paired with trainers until they complete (or fail to complete) training.” - Cottonwood Police Chief Steve Gesell

A penny saved is a penny earned. Even when it comes to overtime.

“Much of our public works overtime is for self-performed work that saves the city tens of thousands of dollars,” Clifton said. “We verify the savings because our team actually submits sealed bids along with contractors. We take on those overtime expenses because of the financial impact, not in spite of it.”

“Many of these projects do result in some overtime directly or indirectly, because we still have to keep up with our daily tasks,” Long said of projects such as Ryal Canyon, much of the tertiary treatment at the wastewater treatment plant, clearing and grubbing of the sports complex, and improvements to Old HWY 279.

The Communications Center is a part of the police department, but the city’s finance department separates the two in its budgetary documents.

In FY 19, the communications center cost Cottonwood $212K in overtime expenses. According to Cottonwood Police Chief Steve Gesell, there are clear and obvious reasons why dispatch cannot be short staffed.

“Like many agencies, we struggle to recruit and retain dispatchers,” Gesell said. “A portion of the overtime is offset by vacancies. However, trainees cannot be calculated in minimum staffing levels as they are paired with trainers until they complete (or fail to complete) training.”

Although overtime for dispatch is a given, Gesell said that the extra hours “are always a concern on several levels: burnout, retention, and quality of service to name a few.”

As for the dollars and cents of the department’s overtime, about $180K is offset thanks to a Governor’s Office Of Highway Safety Grant and Prescott Area Narcotics Task Force funding.

Regarding overtime, the City of Cottonwood is also willing to pay its people to work extra hours.

“It definitely saves the city money by performing the work in-house; even paying our employees overtime wages,” said Cottonwood Utilities Director Tom Whitmer. “When you start adding additional people and equipment, you are also paying an hourly charge for use of that equipment.”

Whitmer said that Cottonwood pays its electrician $26 per hour, and even with overtime at time-and-a-half “you are talking around $40 per hour.”

“For our water utilities guys, they are making less than $20 per hour straight time,” Whitmer also said. “I might add that our people also know the system better than a contractor, and as such are able to make repairs much quicker than a contractor on-call.”

When vacations cause Cottonwood Fire to have fewer than six of his firefighters on duty at a given shift, Fire Chief Mike Kuykendall staffs with overtime.

“Fires and large incidents require greater manpower than we have on duty,” Kuykendall said. “Overtime allows us to continue to handle incidents and maintain adequate staffing without hiring additional personnel which arguably would cost more due to fringe benefits.”

At $19K for FY 19, Cottonwood Fire’s overtime costs were “pretty minimal for a department our size.”

“Our personnel understand our overtime budget limitations and do their best to not schedule time off so that it would cause us to be staffed below our minimum manning level,” Kuykendall said.