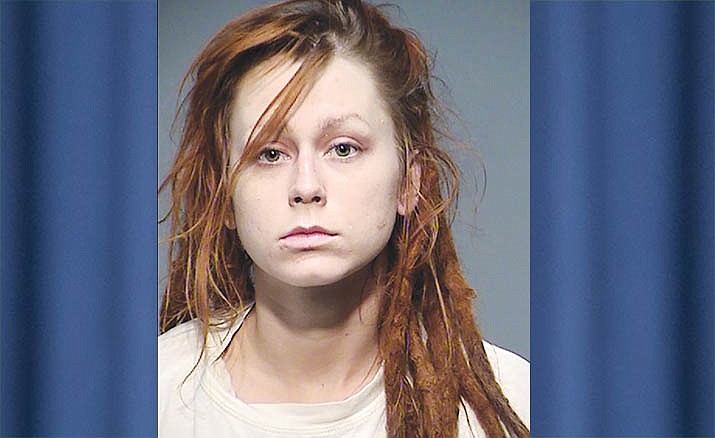 COTTONWOOD — Police were called to the Cottonwood Walmart Monday morning, resulting in the arrest of a woman, and police are seeking a male suspect allegedly involved in the same incident.

According a to a Cottonwood police report, officers were called to the Walmart about 11 a.m. Monday for a reported fraud in progress. Police were told that a male subject took electronic equipment off the shelf and met up with a female in another part of the store and handed it over to her.

She, in turn, allegedly presented a receipt and the electronic equipment in an attempt to “return” the item, according to the report.

Both of the suspects left the store prior to law enforcement’s arrival, police were told. An officer located Aubre Alvey, 24, running away, south of the Walmart, near Rio Mesa Trail.

Alvey was detained and later arrested for fraudulent schemes and artifices, which is a felony, and misdemeanor trespassing. Alvey had previously been ordered to not return to the Cottonwood Walmart.

Alvey also had an active felony probation violation warrant. She was transported to the Yavapai County Detention Center and booked on those charges.

The male suspect allegedly involved was not located by the officer. However, the suspect was recognized and identified on the surveillance video. The investigation is ongoing with charges pending for that suspect.