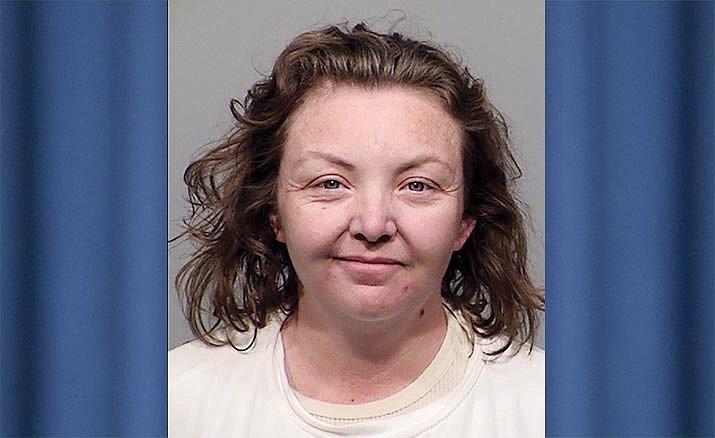 COTTONWOOD — A late-night call to a gas station for a minor disturbance this week turned into a felony arrest when a woman allegedly assaulted Cottonwood police officers and broke equipment.

Officers were called to a local gas station in the 900 block of South Main on Monday, Dec. 9 at about 2 a.m. for a report of a disorderly women. A gas station employee reported that a woman was in the store yelling profanities at them, stumbling and refusing to leave.

The suspect left the store in her vehicle prior to the officers’ arrival, but police located her a short time later. Based on their investigation, they determined Sheri Lynn Martinez, 42, of Cornville, was operating her vehicle under the influence of alcohol.

Officers secured Martinez in the patrol car and then retrieved her purse out of her vehicle before towing it. Martinez started screaming from the back of the patrol car.

When officers opened the door, she screamed obscenities at the officers and kicked them. She kicked the two officers and broke part of the body camera of one officer.

Martinez was taken to the Yavapai County Detention Center, where she was booked on two counts of aggravated assault and resisting arrest — both felonies — along with misdemeanor charges of driving under the influence, criminal damage, disorderly conduct and criminal trespass.