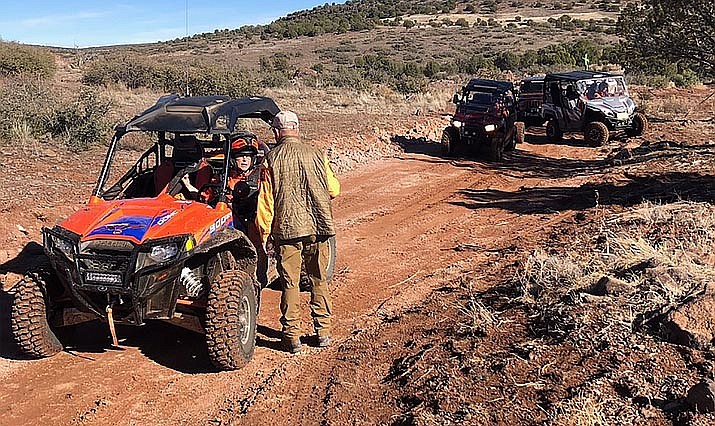 Rescue efforts near a plane crash site southeast of Interstate 17 and Highway 169 on Friday, Dec. 13, 2019, have found only one victim. (YCSO/Courtesy)

A rancher on Friday, Dec. 13, discovered wreckage of an airplane – and a body – that was a “couple days old” on his property southeast of Interstate 17 and Highway 169.

Just before 9 a.m. Friday, the rancher called the Yavapai County Sheriff’s Office to report finding remnants of a plane crash on remote ranchland off of Flower Pot Road, east of I-17 in Yavapai County, 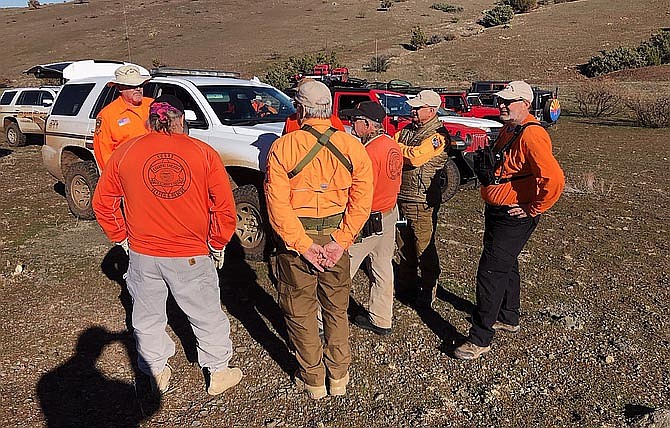 Rescue volunteers and authorities from the Yavapai County Search and Rescue Team gather near the crash site Friday, Dec. 13, 2019. (YCSO/Courtesy)

According to the rancher, the crash appeared to be a “couple days old,” and a body also was located at the crash site.

The remains have not been identified and were removed by the Yavapai County Medical Examiner late Friday. The National Transportation Safety Board was notified of the crash and arrived late morning to take over the investigation, D’Evelyn said.

When deputies arrived, they confirmed the rancher’s findings and called out rescue teams to search the area. No additional bodies were located.

The aircraft is a fixed-wing, single-engine type aircraft. D’Evelyn said it was possibly a Mooney model M20C; however, there has been some confusion on the ownership, since the plane was possibly a rental.

No further information is currently available about the plane, its occupant, its city of origin or its planned destination.