Editorial: City learns to never play poker with a pro 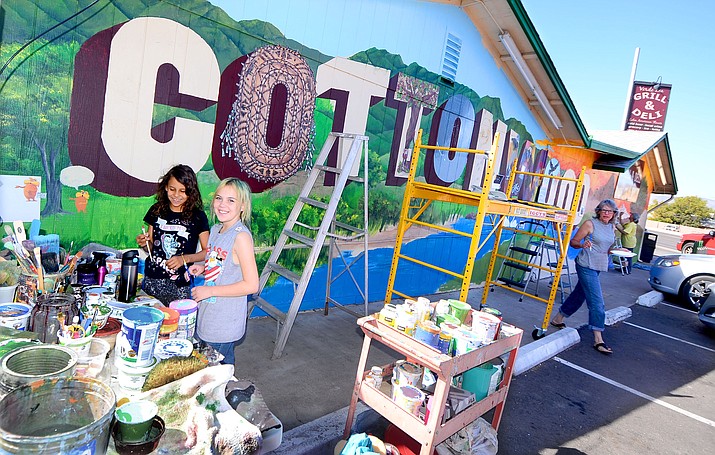 When Bill Murray isn’t running the Verde Lea Market in Cottonwood, he’s been known to try his hand at being a professional poker player.

It goes without saying that Murray understands two of the most important rules of poker: 1) Don’t blink, and 2) play your hand aggressively.

So, when Assistant Cottonwood City Manager Rudy Rodriguez made a friendly request back in October for Murray to stop work on the mural that now graces the east face of his market and deli, Murray didn’t blink. He also continued to play his hand aggressively, as in proceed on schedule to get the mural project finished.

Murray’s instincts served him well. About a week later, the City of Cottonwood folded its hand in this game of bureaucratic poker.

“When the city called me a week later and said we had the go-ahead to finish the mural, we were almost done with it by then anyway,” said Murray.

This comedy of bureaucratic errors began following a complaint registered by Cottonwood Planning and Zoning Commissioner Tom Narwid, who is not shy about his dislike of the several large-scale murals that exist throughout Cottonwood.

Narwid raised the legitimate question of why Planning and Zoning previously had been asked to scrutinize and approve a mural project near the city’s public restrooms in Old Town, while the one at Verde Lea was not subject to city oversight.

What Narwid and several city staff members didn’t seem to understand at the time is that murals on property owned by the city are subject to P&Z and/or council review. Murals on private property, so long as they are considered a work of art and not a business sign, are exempt from any city regulation.

In other words, at least when it comes to murals on private buildings, city officials didn’t know the rules to their own game. Rodriguez admitted as much in an Oct. 22 email to Murray: “I don’t think anyone is trying to stop the project,” Rodriguez wrote. “We are trying to figure out how to handle the approval of art (murals) projects in Cottonwood.”

As further explained by City Manager Ron Corbin, “Rudy asked him to stop until we could determine the rules.  He was then allowed to continue as we agreed that this art was not a sign.”

For Murray, though, when he was asked to stop work on the mural, he saw his opponent blink. That immediately solidified his strategy on how he was going to play his hand. He had the mural artists continue work on the project, and then pressed the folks down at the Community Development Department to provide him information on the permitting process required.

In other words, he demanded they play their cards.

Murray discovered the city didn’t have a clue about what do with the complaint registered by Commissioner Narwid.

Added Murray: “While they were throwing a fit about it, we continued working. In the end, the guy at P&Z told me there was nothing in city code that gave the city any authority to oversee murals.”

Most interestingly, with its tail between its legs on the Verde Lea mural debacle, the city has now suddenly become a big fan of these art projects. The folks at City Hall have since got in touch with the mural artist who oversaw the Verde Lea project and asked her if she would be willing to do the same for the inside walls of the Recreation Center.

For which the city quickly anted up $900.

Another game of poker. This time with your tax dollars.