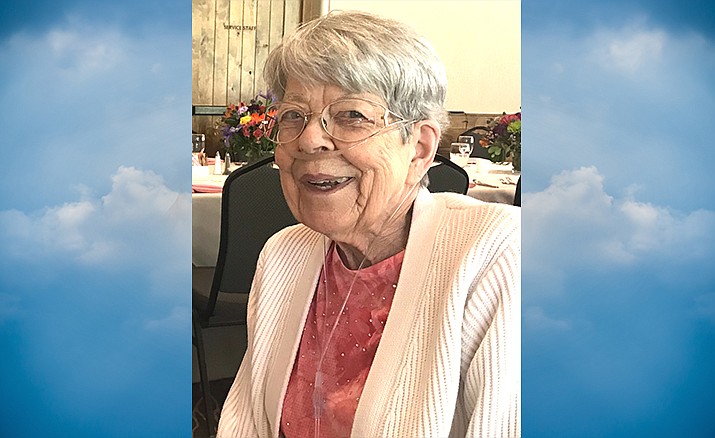 Barbara Ann Cumpston of Cottonwood, Arizona, passed away peacefully on Thursday, December 12, 2019 at the age of 83.

Ann was born in Richwood, West Virginia, the daughter of William and Mary Harless. She grew up in the town of Montgomery and later attended West Virginia University where she met her husband of 54 years, Philip, who preceded her in death in 2014.


Ann and Phil lived many places during Phil’s twenty years of service in the Army, but Ann’s most memorable stories were of their time living in France in the early 1960s.

Ann and Phil eventually settled in Cottonwood in 1977 where she worked for the Yavapai County Assessors office for nearly 20 years.

She loved serving members of the community, especially the widows and veterans whom she helped file for tax exemptions every year. After both her children graduated from Mingus Union High School, she served on the School Board for several years. Always a strong supporter of the education system, she worked hard to get several bond measures passed that allowed for various expansions and improvements to the school.

Ann loved to read, work jigsaw puzzles and solve crossword puzzles. She enjoyed dinners out with friends and keeping up with the busy lives of her children and grandchildren.

She was a remarkably strong woman; a loving and supportive daughter, wife, mother, grandmother and great-grand-mother.

She is survived by her daughter and son-in-law, Kimberly and Tim Gundelach of Cottonwood and her son and daughter-in-law, Brian and Elisa Cumpston of Pleasanton, California.

She is also survived by her granddaughter, Lindsey Stevenson and husband Ryan of Tempe, Arizona, grandson Logan Cumpston, granddaughter Ella Cumpston, and her three great-grandchildren Corbin, Delaney and Sadie Stevenson.

At Ann’s request, services will be private. Any remembrances should be made to Mingus Union High School or the American Lung Association.