Guest Editorial: We must uphold our Constitution 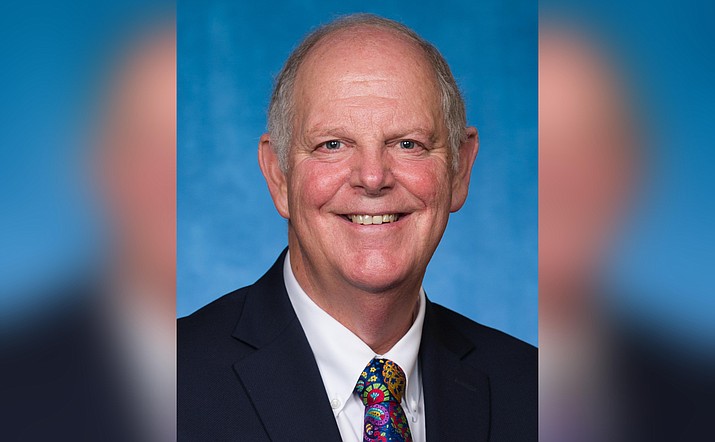 Today is a somber day in American history. When I was elected to represent Arizona’s First Congressional District in the House of Representatives, I did not expect to be voting on impeachment.

As a former homicide detective, I gathered evidence and reviewed it deliberatively in the pursuit of truth and justice.

I have employed the same approach during this impeachment inquiry process.

I committed to reviewing all evidence before deciding my vote, reaching my decision after the official articles of impeachment were finalized.

No one is above the law. We must hold elected officials accountable when they break the public trust, violate our Constitution, and put their own interests before the good of our nation.

President Trump abused the power of the presidency and broke his oath of office when he bribed the Ukrainian president.

He withheld military aid that had already been promised to Ukraine in exchange for an investigation into his political opponent.

The president’s own political appointees and phone call transcript confirmed these facts.

He obstructed Congress’ constitutional obligation to perform checks and balances on the executive branch to investigate potential wrongdoing by the president when he directed individuals, agencies, and offices not to comply with official subpoenas issued by House Committees and withheld the whistleblower complaint from Congress. These actions set a dangerous precedent for the future if left unchecked.

I voted to impeach the president because this abuse of power and obstruction of Congress violated the Constitution and put our national security, our international relationships, and the integrity of our elections at risk.

The evidence I considered when making my decision included the testimony of witnesses, many of whom were President Trump’s own political appointees. We heard from State Department professionals, current and former members of our military, and members of the U.S. intelligence community -- the most trusted and respected in the world.

I took my constituents’ concerns into consideration when I decided my vote. This year, I have held 26 town halls across our district and heard from countless Arizonans. My four offices received thousands of emails and calls from concerned citizens voicing their opinions about the impeachment inquiry process.

In coming to my decision today, I have also considered our history. In President George Washington’s farewell address, he implored Americans “to be constantly awake, since history and experience prove that foreign influence is one of the most baneful foes of republican government.”

I have heeded this warning of our first president.

As a member of Congress, it is my constitutional responsibility to provide a check on the executive branch by investigating and coming to an informed decision on alleged high crimes by our president.

In casting my vote, I acted to uphold our Constitution and the rule of law.

During this inquiry, important, bipartisan goals have been accomplished in the House of Representatives.

We voted to pass H.R. 3, which addresses the skyrocketing costs of prescription drugs.

We reached a bipartisan agreement on the USMCA, which will revitalize trade partnerships and open our economy to further growth, while including important enforcement provisions to protect our workers and the environment.

Together, the House passed the FY20 National Defense Authorization Act, giving our service members a raise and ensuring our military remains the strongest in the world.

We also passed comprehensive appropriations for the next fiscal year.

I remain committed to getting things done for Arizonans.

I will continue to work across the aisle to create good-paying jobs, grow our rural communities, lower health care costs, protect our national defense, and keep our promises to veterans.