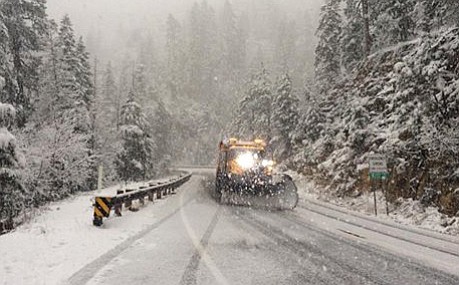 Drivers are reminded to avoid driving on open roads that appear to be saturated in order to prevent road damage, soil erosion and getting stuck.

As well, be aware that even though a forest road might start on an open road in the desert, it can lead to higher elevations where the driver could encounter deep snow, four-wheel driving conditions and closed gates in other districts or neighboring national forests.

Some of the roads that people experience this drastic change in the winter months include roads such as Schnebly Hill Road, Forest Road 214, FR 618 and FR 229.