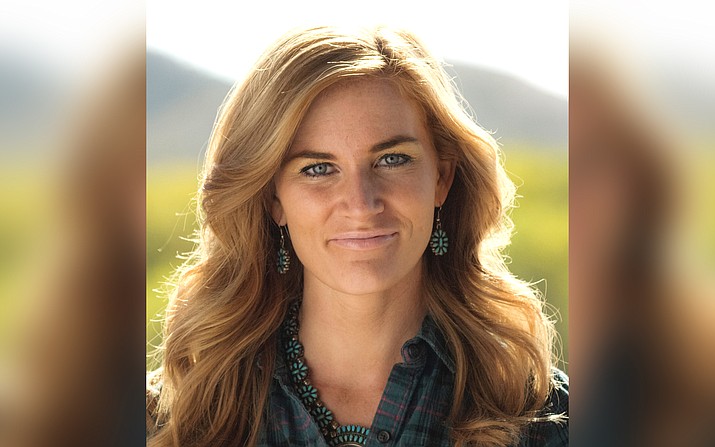 When Anne Marie Ward (Mayes) of Prescott decided to challenge Rep. Paul Gosar in the 2020 Republican Primary for the Arizona District 4 Congressional seat in 2020, she closed her consulting firm and began traveling around the district.

What did she learn on the road? Don’t take your constituents’ needs for granted.

“I realized that we’ve lost our voice as ‘We the People,’” Ward said in a sit-down interview with the Prescott News Network on Dec. 12. “It’s time to give that voice back.”

Ward, a 29-year-old who was born in Prescott but grew up in Prescott Valley, must turn in her petition’s signatures by March to meet the April 6 filing deadline to become a qualified Congressional candidate.

The primary election is scheduled for Aug. 4. If she were to defeat Gosar, Ward would advance to the Nov. 3 General Election.

The issues with which Ward is most concerned include: reducing the cost of healthcare, while addressing the opioid crisis; supporting Career and Technical Education (CTE) programs; planning for sustainable water usage as population growth continues; mitigating forest fires on the national forests; cutting the national debt; opening up our public lands; and protecting Arizona’s southern border with Mexico.

“Soon, the wall will go up,” Ward said, adding that she has visited the border’s Yuma Sector. “It’s time to stand up and support the Border Patrol.”

Ward is also a major proponent of improving military veterans’ access to doctors to decrease wait times, and she strongly supports the district’s small businesses.

“Small businesses are the backbone of our nation,” she said.

Republican Sen. Martha McSally’s office approached Ward to do Northern Arizona outreach, Ward said. She visited the district’s six counties, including most of Yavapai and Mohave; parts of Gila, Maricopa, Pinal and Yuma; and all of La Paz. What she learned talking with voters fed Ward’s desire to run for office.

Married with two young children, Ward graduated from Bradshaw Mountain High School in 2007. She moved on to earn a bachelor’s degree from Lambuth University in Jackson, Tennessee; a master’s from Prescott College; and a doctorate of philosophy in business from Piedmont International University in Winston-Salem, North Carolina.

She also coached track and field at Glassford and brought STEM (Science, Technology, Engineering and Math) education to Coyote Springs.