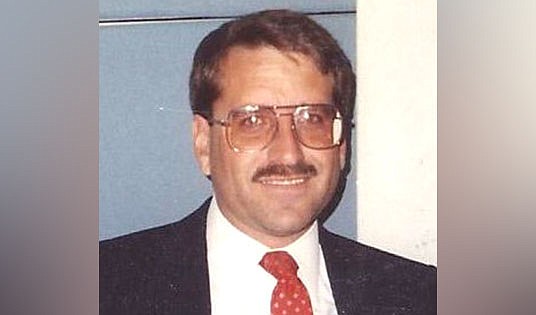 “Tell a lie often enough and it becomes the truth.” That is attributed to either Adolph Hitler, or his minster of propaganda, Joseph Goebbels.

The current lie du jour is bribery, quid pro quo, and now abuse of power, and the politicians and press are going over board on repeating it.

I just about fell out my chair when I read Rep O’Halleran’s opinion piece of Dec. 20.

A quick background: I am registered as Libertarian since 1984, as I became disgusted with Democrats always trying to remove my freedoms, guns and money in the name of “fairness”, or “equality”, or “public safety.”

I lost faith in the Republicans with their endless wars, and attempts to tell people what they can, and can’t do with their bodies, and phony moral-ism.

I don’t know what impeachment hearing or transcriptions Mr. O’Halleran watched and read, but it was sure different than what i saw and read.

When pressed, not one witness said they saw or heard quid pro quo, or bribery, the written transcripts show no QPG or bribery. One can say ‘well, that’s what Trump meant by his choice of words”, but that is an opinion, mostly based on partisan hatred, not fact. Nothing close to Joe Biden’s explicit videotaped comments about bribing/extorting the Ukrainians.

The simple fact is, most politicians of both parties do not like the fact that Trump is in office, some for different reasons, some for the same reasons.

Some are upset their anointed Ms. Clinton isn’t president. Others are upset that Trump is upsetting their apple cart of bribes (excuse me, campaign contributions) from various special interests.

Military-Industrial Complex, anyone? It would serve many people well to read former President Eisenhower’s warning about the Military-Industrial Complex, and think about how it applies to deeply entrenched bureaucrats and their “ Saddam’s weapons of mass destruction” lie that was passed onto G.W. Bush, and campaign donations to various elected officials from defense contractors.

Trump is not a conservative, he is probably considered old school liberal, not a modern communist-liberal (they call themselves progressives now; Commie has a bad connotation), as most Democrats seem to be today. He is not part of the good old boy, scratch each others’ back club, like GW Bush was. Trump is beholden to nobody in politics, and that is what frightens many people in politics, and probably also makes him most qualified to be President.

A lot of powerful people do not like that, so they tell lies, they make up stories, they will do anything to get him out of office, and I suppose, telling the lie that he offered bribes, and repeating it ad nauseum, will make less informed people that get all their info from diet news, come to believe it is true.

I used to cringe at some of Trump’s tweets and statements. Now I find them hilarious in most cases as he has no filter. He speaks the truth, and not a sanitized platitude while simultaneously stabbing someone in the back, like other highly placed politicians are so adept at.

I look forward to another five years of his presidency, protecting me rights and property, and making politicians squirm.

Doug Melton is a resident of Camp Verde.

Letter: Trump violated his oath of office
Impeach Trump? Not an option for his Arizona supporters at D.C. rally
Letter: Vote against those who want to buy this great country
Letter: It&#8217;s time to act courageously and change the status quo
Letter: If you are going to put USA first, your actions should prove it
Event Calendar