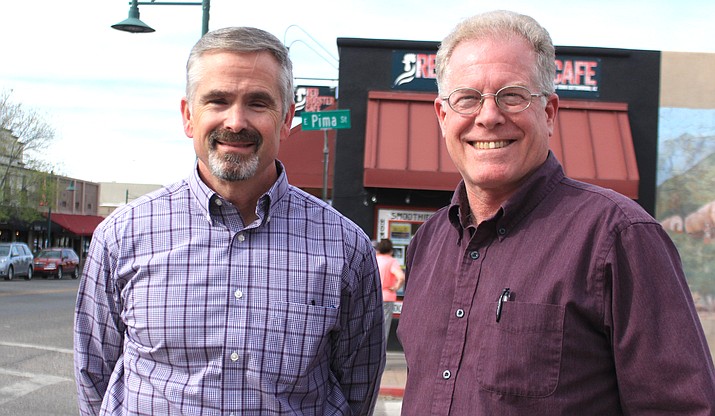 COTTONWOOD — The City of Cottonwood went through a few leadership changes and was involved in some high-profile discussions over development approval processes in 2019 — a year where the city played a limited role in the boom of Yavapai County new-home construction.

Commercial, residential and mixed-use approval processes dominated the headlines — and ate up some city resources. With the building boom in full swing, some projects were the result of landowners finally taking significant action to get projects moving for parcels or buildings they’d owned for years.

Cottonwood has lagged behind the overall Yavapai County trend, as the county is undergoing the most residential growth in its history, in terms of building permits. City Manager Ron Corbin and the City Council have had extensive discussions about where to put everyone, and what type of housing to foster.

In November, Corbin asked the Council to authorize $20,000 to participate in what had initially been a housing needs study only for the City of Sedona. The assessment, which will expand an existing being conducted by the firm Elliott D. Pollack and Co. for the City of Sedona, will become a regional study, including all or most of the Verde Valley.

Sedona is covering the largest portion of the cost of the study. Cottonwood’s Council, led by discussion from Vice Mayor Tosca Henry, decided to authorize $10,000 to be spent on the study, and the Clarkdale Council agreed to put in $4,000 more. Corbin said an effort will be made to find other area stakeholders to help pay for what he described as a much-needed study.

In early December 2018, Cottonwood City Council unanimously approved a contract with Ron Corbin, who had been selected as the city’s top candidate for city manager. He signed a contract that includes a $150,000 annual salary.

Corbin started work with the city on Monday, Jan. 7, 2019. City Manager Doug Bartosh retired at the end of January after 11 years on the job. A list of more than 100 candidates was eventually reduced to four finalists, including Corbin, and the new manager brought his diverse background from Yuma and applied it to a number of first-alone and ongoing challenges.

Navigating municipal budgets is never easy — especially for someone new to a particular government or area — but Corbin stepped right into the budget process and all its hearings and discussions right after he started in January.

Corbin oversaw a community grant process that doled out $100,000 to local organizations, hired an internal candidate, Scott Ellis, to run the Community Development Department; required the city’s biggest event, the Thunder Valley Motorcycle Rally, to be run on the Recreation Department’s budget and was involved in a community input meeting on garbage collection that was attended by hundreds of people.

Corbin also frequently brought up the lack of affordable housing in Cottonwood, encouraging the city to participate in a regional housing needs study.

Mayor Tim Elinski said Corbin did not request a raise.

While there was no significant movement in 2019 in terms of the city consolidated its spread-out nature from about 13 facilities, one building that is now available for rent solves one aspect of the city’s facility challenges. The Community Clubhouse opened this summer to the public.

The gymnasium-type facility gives the public a vintage, remodeled facility to use for weddings, dances and more, as well as an indoor place the city, Chamber of Commerce or Old Town Association can headquarter a large Old Town event.

Other developments in Old Town include Bob Conlin beginning to remodel the former city recreation center next to the Clubhouse, a major expansion alongside Bocce’s Pizza, the construction of a bed and breakfast addition to a building and Merkin Vineyards’ approved design for a hilltop, 70-parking-space winemaking facility and restaurant, to be constructed by summer 2021.The Clubhouse remodeling cost the city about $461,000, with grants covering nearly another $750,000.

Vice Mayor Tosca Henry was one who pointed out the cost of the project this year, calling attention to an expenditure of $24,000 for curtains for the Clubhouse.

More than 200 people packed into a meeting room at the Cottonwood Recreation Center on Sept. 10 to hear a city presentation on garbage hauling, and to provide community feedback.

After City Management Analyst Morgan Scott made a presentation about the wear and tear the garbage trucks from the three companies that service Cottonwood create on street surfaces, and why a single selected contractor would reduce the amount of trips up and down the city’s weakest streets.

City residents weren’t having it. About 27 people spoke during public input at the 90-minute meeting — all of them opposed to a single contractor. They favored the choice among the three competing companies and the benefits of a free market for that service.

The Council was mixed on whether it favors a single source, in comments at the end of the meeting, but no one seemed opposed to further analysis.

No immediate direction was given to the city manager, and the topic has not surfaced again.

The Council held on a work session on garbage collection back on April 9. 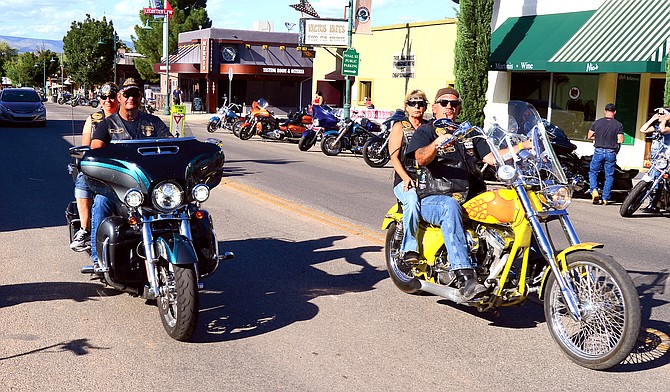 An event that was moved from Old Town to Riverfront Park a few years ago continues to grow — and the city broke even on it in 2019, depending on how one does the math.

Totals, including all of that labor, show the city spent $15,000 more than the revenue it took in during the rally, which is the biggest annual event produced by city staff.

However, the 2019 number includes $48,000 in city wages and benefits, using a new year-round tracking method.

It also doesn’t factor in increased sales tax revenue for Verde Valley businesses in September as an indirect benefit.

The city charged $20 in 2019 for a weekend concert wristband, which included the chance to see classic rock bands 38 Special and Great White. The price had been $10 in the years before.

Opioid and methamphetamine use

One of the largest challenges the Cottonwood Police Department faces continue to be opioid and methamphetamine use and trafficking.

In late August, a combined Cottonwood-Camp Verde interdiction patrol led to a traffic stop along State Route 260 that ended with two arrests and seizure of a gram of methamphetamine and 3.5 pounds of the opioid fentanyl.

Cottonwood Police Chief Steve Gesell said 3.5 pounds of fentanyl has a street value of nearly $1 million and “conservatively, this is enough fentanyl to kill more than a half a million people.”

In October, a 17-year-old Cottonwood-area boy appeared to become one of the youngest Yavapai County people to die of a fentanyl overdose, having been found dead in his family’s home with 24 fentanyl pills in his possession.

In 2018, there were 47 accidental and undetermined drug-related deaths in Yavapai County, according to a report. Debbie Wilden, who was appointed in early December to serve out the rest of a term after the resignation of Councilor Deb Althouse, said combating drug use among young people was among her top priorities. 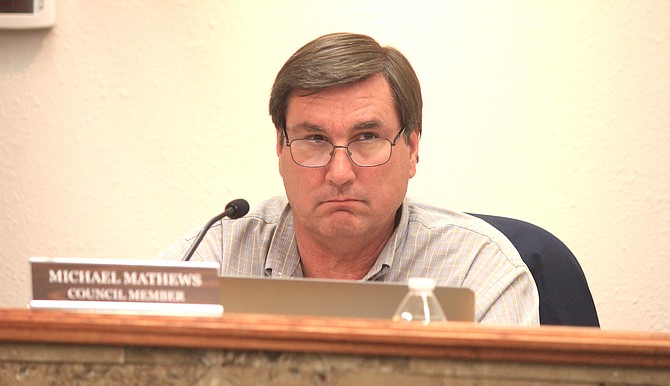 The actions by first-term Cottonwood City Councilman Michael Mathews led to a very public lesson regarding use of private email to conduct public business.

At the urging of Mayor Tim Elinski, Cottonwood City Attorney Steve Horton gave all members of the council a refresher course in April on the best practices of email use by elected officials.

“Consistent with the guidance we have long given to employees and council about how their private email accounts can in fact contain and generate public records -- we have urged council members to use or at least copy their assigned city email accounts whenever they’re communicating about a matter that could reasonably be characterized as city business,” the city attorney advised.

Mathews defended his practice of conducting the public’s business behind the public’s back first by claiming he had not violated Arizona’s Open Meeting Law, when in fact his transgression dealt with the state’s Public Records Law. He subsequently defended his actions by citing a legal opinion from Arizona Attorney General Mark Brnovich that had been rendered moot via a ruling by the Arizona Court of Appeals.

Mathews used his private email to rally local citizens to speak on the other side of the airport noise complaint issue. In an email sent from a private account, Mathews told local aviation enthusiast Dale Williams that he doesn’t think council or staff are “terribly concerned” with the complaints.

The email thread was sent to the Verde Independent from Williams. In the exchange, Mathews asked Williams to help gather area residents from the other side of the argument to speak at council meetings.

“We could use some residents in the gallery to speak on the other side,” he wrote. “Such as we don’t find the noise to be a problem and we understand that traffic will increase and we are OK with it. If you know anybody who can show up for this please put the word out.”