Crime and Courts 2019: Drugs, cop in court and violent crimes 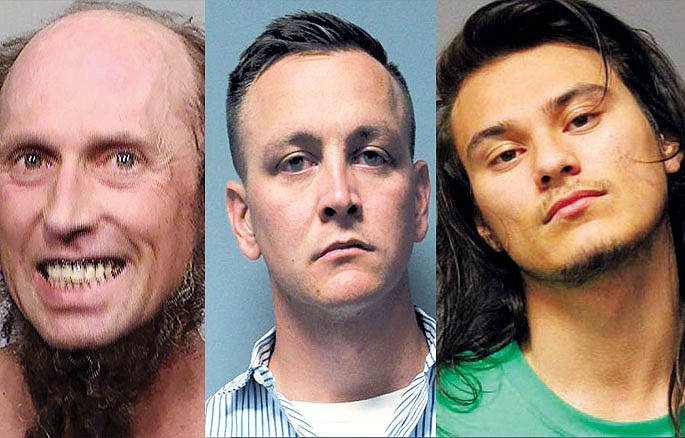 COTTONWOOD — A high-profile case involving a police officer, sex crimes and drug-related crime were some of the crime and courts stories that had the most impact on the Verde Valley this year.

The Yavapai County’s Partners Against Narcotics Trafficking task force and other agencies continued to battle illegal drug trafficking in 2019, with mixed results.

One of the biggest signs of both the quantity of drugs being moved through the county, and not only along interstate highways, was in August, when two men were arrested during a traffic stop that happened during an interdiction patrol between Cottonwood and Camp Verde.

That bust involved seizure of enough fentanyl, in the words of Cottonwood Police Chief Steve Gesell, “to kill half a million people.”

A PANT investigation led to an arrest in September in Rimrock and the seizure of 400 fentanyl pills and more than 20 grams of cocaine.

One of the most heartbreaking signs the problem is still creating major consequences was when a 17-year-old boy was found dead at his family’s Verde Village home in October, with 24 fentanyl pills in his possession. The source of those pills, or how the boy obtained them, is still under investigation.

Other drug arrests included both planned investigations and police operations that usually led to arrests of local residents, as well as routine traffic stops — especially along I-17 — that led to arrests of out-of-state alleged traffickers.

Officer gets probation, resigns from PD

Cody J. Delafuente turned in his resignation letter to the Cottonwood Police Department in October after he pleaded guilty to two counts of aggravated assault-domestic violence. He was ordered by Judge Michael Bluff to pay restitution, with an amount to be determined, capped at $100,000, but will serve no jail or prison time.

Delafuente was a Cottonwood detective when he was arrested off-duty on domestic assault charges in October 2018 by Clarkdale Police, and was later placed in an office position that does not have everyday detective responsibilities.

Delafuente was placed on paid administrative leave in September after he agreed to the plea agreement. Cottonwood City Attorney Steve Horton said Delafuente did not receive any type of settlement from the city. Delafuente’s resignation was his choice, said Horton.

“I still stand that I have done nothing wrong,” Delafuente wrote in his resignation letter. “However, it seems justice is not always blind, nor is it always just. This system has forced me to make an extremely difficult choice. I am afraid I do not have another viable option.” 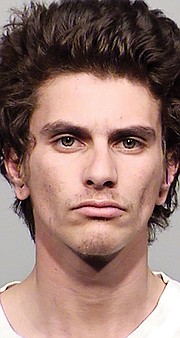 County Sheriff’s Office detectives believe 22-year-old Jesse Rayfield was beaten to death by David Joseph Shultz, 23, with a bat and a hammer Dec. 7.

Schultz, who was arraigned Dec. 13, will be evaluated by a mental health expert. He remains in the Yavapai County Detention Center without bond.

Deputies were dispatched to the 11000 block of East Clatterbuck Drive, Cornville, at around 6:30 p.m. Dec. 7 regarding an unconscious adult male with a severe head injury, according to a YCSO news release. Deputies noted a large amount of blood evident inside the travel trailer where the victim laid. A hammer with blood on it was discovered at the victim’s feet.

A relative of Shultz’s, who originally found the victim, remained on scene to speak with deputies. He told them Shultz had gone to the nearby home of another family member where he allegedly admitted to striking the victim with a bat.

In August, Bluff ruled on a motion for a mental-health evaluation of a man accused of murdering his father. Francis C. Klettke, 24, was ordered in August to undergo a “Rule 11” evaluation by psychiatric personnel. That has been completed and Klettke has been declared competent to stand trial, facing a charge of first-degree murder. He is being held without bond in Lower Buckeye Jail in Maricopa County.

Monday, Jan. 6, Klettke is set to appear by phone in a pre-trial conference at 10:30 a.m. in the Yavapai Superior courtroom of Judge Michael Bluff. No trial date is currently set; his original Jan. 22 trial was postponed indefinitely until the competency process was complete.

Klettke, who is from the Union City, Calif., area, is in jail in Maricopa County because he was arrested on an arson charge there in June. He was jailed after his arrest and extradition from California in November 2016, shortly after his father’s apparent blunt-trauma death in October 2016 at a campsite in the Fossil Creek area, and was declared competent to stand trial in February 2017.

He did not accept a plea offer extended to him in June 2018, that would have had a prosecution-recommended 20 years in state prison as a sentence. 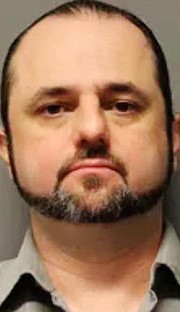 Aaron F. Orrico, 48, arrested in November 2016 after he was accused of inappropriately touching women during massage sessions in Sedona, was sued by two of anonymous victims, and an eight-person Yavapai County Superior Court jury issued a verdict in favor of the two women in a three-day trial in August.

Orrico is to pay $4 million in punitive damages to the two women, along with medical expenses of $300,000 to a woman with the initials M.N. and $630,000 to S.Y. The women said that they suffered physical, emotional and psychological trauma after receiving massages from Orrico in 2016. The lawsuit said a third woman, who is not a plaintiff and is identified as “P.W.,” also was touched inappropriately by Orrico.

Probation for wielding gun on campus 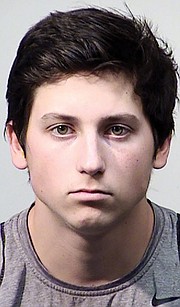 Thomas W. Zielinski, 20, pleaded guilty in November only to the charge of disorderly conduct with a weapon.

On Dec. 9, Judge Chris Kottke sentenced the Sedona resident to three years of probation. The “undesignated” status of the felony charge means Zielinski is not a convicted felon. If he pays his fines on time and completes all conditions of his probation, the court will then consider whether to classify the charge, permanently, as a misdemeanor.

Zielinski was arrested in late August and was initially charged with carrying a concealed weapon in a vehicle by a person younger than 21, reckless handling of a weapon and possession of a deadly weapon in a school zone.

Police reports indicate Zielinski pointed a gun at Sedona Red Rock student on Aug. 27. While parked in a student parking lot, Zielinski eyed a 17-year-old boy who he believed was spending time with Zielinski’s girlfriend, with whom he had been having a dispute.

According to reports, as the 17-year-old drove past Zielinski’s vehicle, Zielinski pointing the gun at the victim. Three days later, on Aug. 30, the high school’s resource officer was contacted by someone who believed Zielinski was headed to the campus.

This led to a one-hour lockdown of the school; Zielinski then allegedly returned to the school campus in a car later that same day, despite having been issued a no trespassing order earlier in the day, according to school officials, and he was arrested Zielinski the following day, Aug. 31.

Chase Bank and Chase, the arrestee

On an afternoon in which heavy rainstorms were thought to be the biggest trouble anyone in the Village of Oak Creek might have to deal with, a situation at a bank led to a shutdown of a neighborhood with limited rerouting possibilities and felony charges.

Michael W. Chase, 48, of Sedona, was arrested Nov. 21 after he allegedly told personnel at a bank — which happens to be named Chase as well, as part of the well-known chain — that he had a bomb on his person and another bomb in a van outside.

He allegedly smashed a glass entry door to the bank and was detained by a U.S. Forest Service law enforcement officer and other officers. Chase was taken to the Camp Verde Detention Center, where he remains on a $500,000 cash-only bond on charges that include misconduct involving a simulated explosive device.

He is to undergo a mental health evaluation in the weeks ahead. 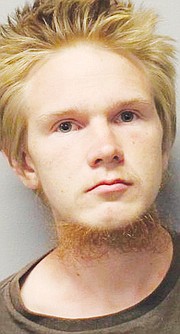 Judge Michael Bluff sentenced Daniel C. Howell, 20, to 12 years in prison on July 1, plus subsequent lifetime probation and mandatory sex offender registration and a series of fines, fees and restitution.

Mentioning Howell’s age several times, Bluff said he had researched sentences he had given to young men convicted of similar charges, and decided the 15-year sentencing minimum was excessive.

An investigation after Howell himself had gone to Cottonwood police, reporting his Facebook account had been hacked and a 14-year-old female was threatening to report him. Cottonwood detectives, with assistance from Yavapai County detectives, along with the FBI, conducted an investigation and arrested Howell in July 2018.

According to court documents, Howell fondled the breast of a 15-year-old girl after engaging in conversation with her online. Police discovered a third victim, a special-needs girl who is now 14, whom Howell had sexually molested. Howell’s attorney told the court Howell had been in special education classes as a youth, with 1-to-1 monitoring, and had dropped out of school in the 10th grade.

He also said Howell scored extremely low on a functioning assessment administered by a doctor.