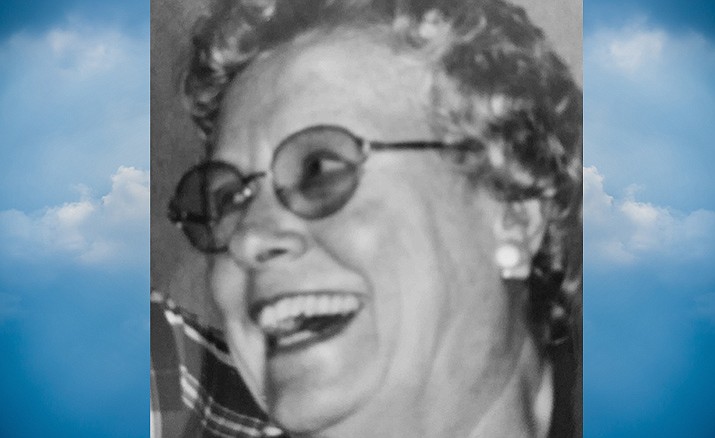 Stella “June” Gansberg, born June 11, 1935, was the third of six children born to Irene and Clarence Shindlebower and was called Home to Heaven by her Savior Jesus Christ on December 19, 2019.

At age 16, June realized her need for a Savior, began following Jesus and studying the Bible. A bit of an overachiever, Stella June was an honor student; the Valedictorian for her senior class at Ramona High School in Ramona, California; an officer in California Scholarship Fellowships; involved in Girls’ Glee Club, girls basketball, and the school band; editor of her high school’s paper and on the yearbook staff. She turned down a college scholarship to marry her high school sweetheart William “Bill” Bert Gansberg on June 14, 1953.


For much of June’s life, she served children and taught Good News Clubs with training from Child Evangelism Fellowship (CEF). When Bill retired from the California Highway Patrol, he was called into full-time ministry as State Director of CEF for Arizona.

Empty-nesters, Bill and June moved to Phoenix, beginning June’s nearly forty years as an Arizonan. In September 1988, Bill and June moved to the Verde Valley and accepted an opportunity to minister and spread hope in rural areas as missionaries with American Missionary Fellowship (AMF). After just two and a half years, Bill lost a battle with cancer. June continued to conduct Vacation Bible Schools in pine groves in Mountainaire or beside Oak Creek in Cornville, to teach Sunday School during the summer in Walker and to serve as a volunteer at Verde Valley Medical Center.


While attending a bereavement group, June met Erik Jensen, who came alongside her and helped her load the trailer and set up the equipment for her various rural ministries. On February 12, 1994, they married and then navigated her long journey with Alzheimer’s Disease until Erik’s death on December 2, 2015.

Saturday, January 4, 2020, family and friends will gather at 11 a.m. in the chapel at Westcott Funeral Home at 1013 E. Mingus Avenue in Cottonwood, Arizona, for a public celebration of June Gansberg’s inspiring life.