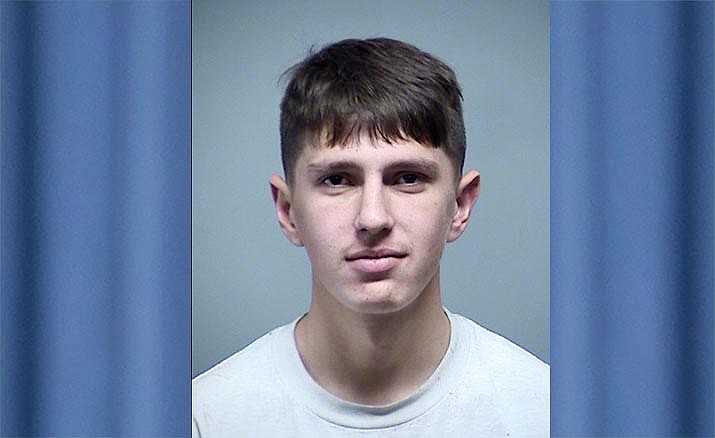 VERDE VILLAGE -- According to Cottonwood Police, an officer tried to initiate a traffic stop Saturday evening, but the driver took off, crashed his vehicle and ended up in jail.

Haden Creed Mundine, 19, was charged with DUI/impaired to the slightest degree, DUI, endangerment and unlawful flight from law enforcement. There was also an active misdemeanor warrant for his arrest on an unrelated charge.

According to the police report, a Cottonwood officer initiated emergency lights behind a white 2002 Chevrolet TrailBlazer speeding along State Route 260, near Verde Village, at about 9:30 p.m. Saturday. The officer identified the vehicle traveling 65 mph in a 45 mph zone, heading south.

Police allege Mundine, later determined to be the driver, then began to accelerate. The officer initiated a pursuit, and as Mundine was attempting to turn left onto Prairie Lane, he lost control and traveled approximately 100 feet down the embankment.

The driver and passenger fled before being apprehended a short time later. Mundine and his passenger did not sustain any injuries during this incident.