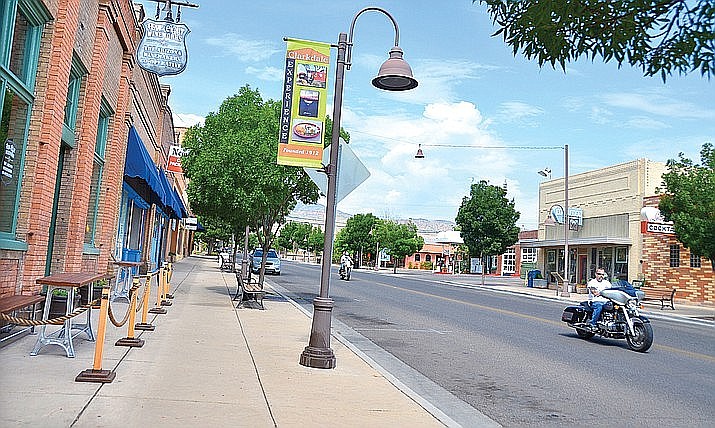 Arizona State University’s Julie Ann Wrigley Global Institute of Sustainability is partnering with Clarkdale in a project that is meant to encourage sustainability, revitalization and private investment. VVN File photo

Arizona State University’s Julie Ann Wrigley Global Institute of Sustainability is partnering with Clarkdale in a project that is meant to encourage sustainability, revitalization and private investment.

Students work with municipalities on anything from environmental resources, to technical communication, to waste management, he said.

“For example, we have resources in (sustainable) tourism, economic development and transportation,” he said.

Russell said he believes it’s a win-win situation for both students and the town.

“My role is to find a good match between the program and projects that need to be addressed,” he said.

Russell said the school has partnered with Apache Junction and Glendale in previous years. They initially selected Peoria for 2019 but expanded the program to also include Clarkdale.

“They wrote an excellent application,” Russell said. “The city did a good job at breaking the project apart.”

Russell said they are also trying to get more involved in “rural communities.”

“There’s a lot of opportunity partnering with rural,” he said. “An opportunity to make a larger impact -- widen the scope of our impact.”

Downtown Clarkdale has been a focus for a long time, said Clarkdale Town Manager Gayle Mabery.

Mabery said the town invested $1 million in grant funds in 2004 to the downtown area.

“The whole community has been eager to see the investment come back to life,” she said. “We are thrilled to have the opportunity to work with ASU and to brainstorm.”

Mabery said ASU’s emphasis on sustainability meshes well with Clarkdale’s vision for the future. She said one example is revitalizing historic buildings.

“They’re a great asset to infrastructure,” she said. “We don’t want to just tear down and rebuild. We are interested in not only historic integrity but also bringing new life to those buildings.”

Another goal, Mabery said is bringing more density to the downtown area.

“So people will have the opportunity to live, work and play in the same area,” she said.

Jodie Filardo, community & economic development director for the Town of Clarkdale, said the next step in the program will be negotiating an Intergovernmental Agreement with ASU.

“Once ASU sends us their updated contract, the town reviews it, sends it through our council, and then brings it to council for review and approval,” she said.  “The timing is such that we need to get the IGA completed and then the scope fully defined before the start of the fall semester in August 2019.”