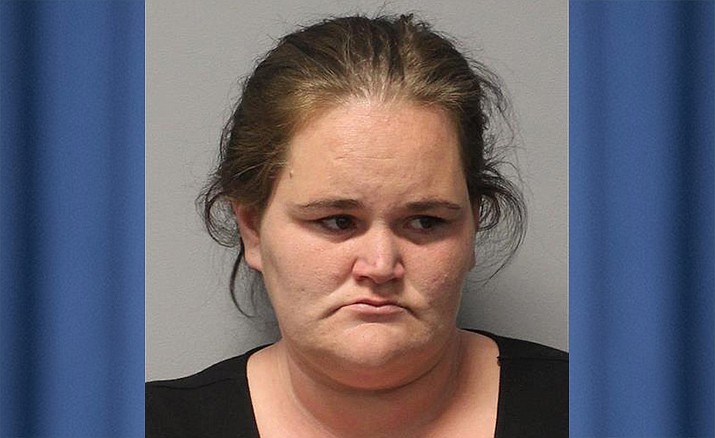 COTTONWOOD – A 32-year-old Cottonwood woman was arrested and booked into the Yavapai County Jail Jan. 29 for allegedly stealing more than $7,600 from her employer.

According to a news release from the Cottonwood Police Department, Alexandria Lievanos was arrested on allegations of fraudulent schemes and artifices and theft; both felonies, after it was discovered that she stole more than $7,600 from the Maverik Country Store in Cottonwood.

Maverik management conducted an internal investigation after they noticed a pattern of financial loss centered around Lievanos’ shifts, according to police.

Their surveillance cameras showed Lievanos taking thousands of dollars’ worth of scratch tickets, lottery tickets and cash from the register over a two-month period. She was terminated.

Investigators interviewed Lievanos and she admitted to the thefts and the reason was she needed it for her family, according to police. Lievanos was booked into the Yavapai County Detention Center for fraud schemes and artifices and theft.