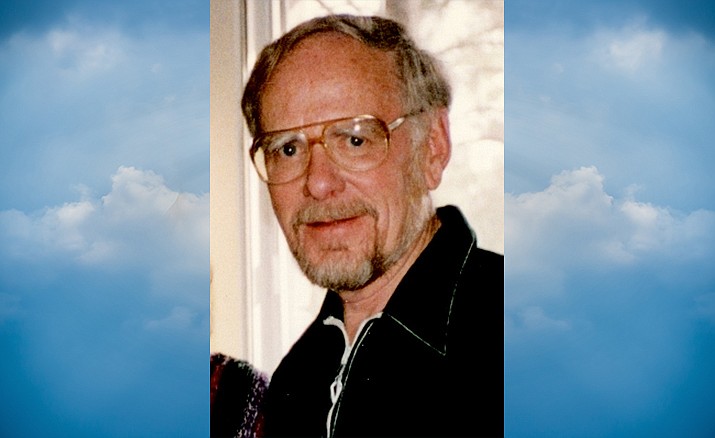 Jack earned a Bachelor of Arts from St. John’s University in Collegeville, Minnesota, served in the Army’s Counter Intelligence Corps, and completed a Master’s of Arts in Education at the University of Arizona.

Jack’s career included operating a family-owned business, Northern Diesel, with his brother-in-law, John Miller, teaching business and Latin at Canyon Del Oro High School in Tucson, and later at Flagstaff High School, working for United Electric in Flagstaff, and finally working as an accountant for the City of Flagstaff.

He retired from the City of Flagstaff in 1995 and was lauded for both his dedicated service and the lunch-hour cribbage game he hosted on a near daily basis.

Jack was devoted to his family, and above all, his wife of 44 years, Claire.

He was a devout Catholic and for many years, Sunday morning found him directing the choir at St. Pius X or Our Lady of Guadalupe Catholic Churches.

After retiring to Camp Verde, Jack served as the finance chairman for St. Frances Cabrini Catholic Church and was a regular presence at daily mass and adoration.

Jack was enormously proud of his Irish-American heritage and if you happened to run into him on St. Patrick’s Day ... well, let’s hope you were wearing green.

He loved cribbage, camping, horseshoes and hunting. Jack was a talented craftsman and was always building, modifying or repairing.

He cut his own firewood, mended his own clothes and relished doing his own taxes with a precision and tenacity that probably made IRS agents cry. He was acutely interested in the goings-on of each of his family members and could execute a cross-examination worthy of Perry Mason. Jack had a deep, beautiful singing voice. He smoked a pipe — like all the best Irishmen — and enjoyed a good gin martini with dinner.

He had a wry sense of humor and might have been a little stubborn. Jack was loved and cherished and will be indescribably missed.

Jack is preceded in death by his parents, brother, Bill Stary, and sister, Mary Anastasia Miller.