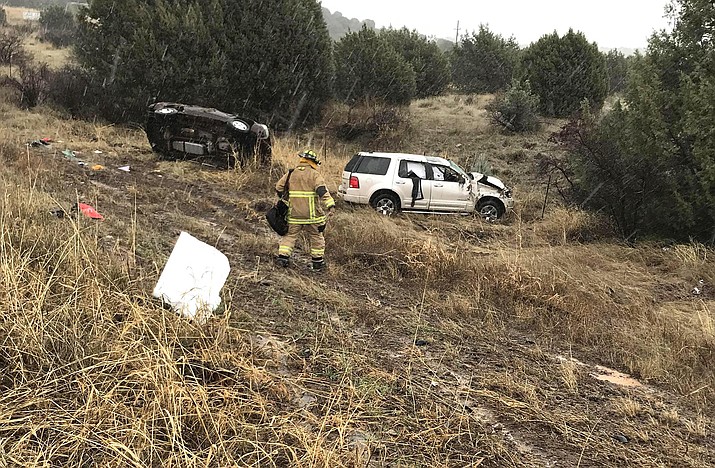 Prior to arrival a second vehicle was reported to have wrecked near the first one.

The cause of the accident, Sarkesian also said, was believed to be weather related.

VERDE VALLEY – At 9:30 a.m. Saturday, Feb. 2, Verde Valley Fire District responded to a two-vehicle accident at the intersection of State Route 89A and Page Springs Road.

When units arrived on scene, they found two passenger vehicles “with heavy damage to both vehicles,” according to a Verde Valley Fire press release.

“Units had to close the north bound lanes for about 30 minutes to extricate a patient for one of the vehicle,” the press release stated.

Three patients had “non- life threatening injuries,” the press release stated, and were treated and transported to Verde Valley Medical Center for additional treatment and evaluation.

Arizona Department of Public Safety Troopers were also on scene to investigate the incident and control traffic.

Verde Valley Fire stated to “use caution when driving on state highways with intersections” and to “always be aware of cross traffic.”