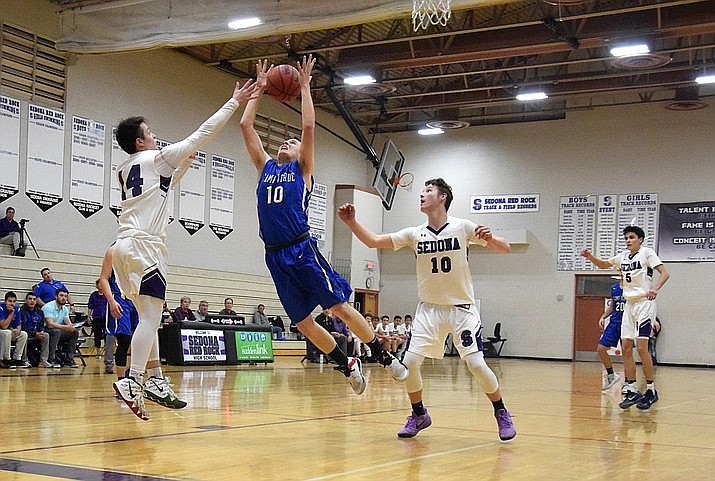 The Cowboys (26-3) beat Glendale Prep 60-44 at home to win the Central tournament. They previously had won the Central Region championship.

They have gone 13-1 against regional rivals so far this season. Camp Verde has won seven in a row.

The Cowboys beat Scottsdale Prep 68-54 in the semifinals.

CV earned the No. 11 seed in the state play-in round and will host No. 22 Gilbert Classical on Wednesday at 6:30 p.m. The winner moves on to the state tournament in the Prescott area starting on Friday.

The Cowboys (21-8) knocked off Glendale Prep 39-32 in the Central Region championship game at home.

The win in the title game was Camp Verde’s eighth in a row.

In the first round of the tournament the Cowboys beat North Pointe Prep 65-16, then in the semifinals topped Scottsdale Prep 35-29.

No. 13 Camp Verde beat No. 20 Santa Cruz Valley 68-40 in the state play-in on Tuesday night. The winner moves on to the state tournament in the Prescott area starting on Friday.

Mingus Union girls soccer’s season came to an end on Thursday night on the road.

Mingus Union finished the regular season ranked 16th but got bumped out of a hosting spot by the No. 19 Knights because Lake Havasu won their region.

For the second year in a row, Mingus Union boys basketball’s season ended in the state play-in.