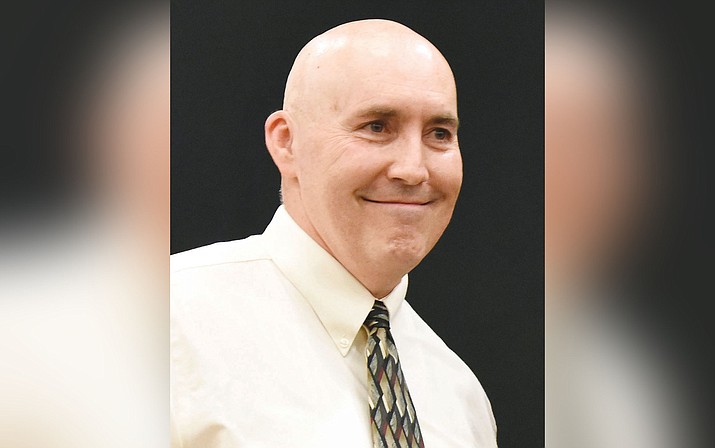 COTTONWOOD – In 2016, Mike Westcott was named Yavapai County Teacher of the Year. Now working with Mingus Union under an administrative consulting contract, Westcott is working on his superintendent’s certificate through Brandman University, an online program.

Wednesday, the district announced that Westcott is fulfilling his superintendent internship requirement at Mingus Union under acting superintendent Genie Gee.

Taking on “some of the duties” from Gee, Westcott will need to complete 150 hours for the program, which he said he would “like to have it done in seven to nine weeks.”

With his Master’s in educational leadership and K-12 principalship, Westcott said his interest in becoming a superintendent “was piqued when the board gave Genie her dual role.”

“I saw a vacuum in the district,” he said. “I knew that I could help. Stability and continuity here would not hurt.”

A class of 1979 graduate from Mingus Union, Westcott said he’s “always cared about this place.”

“It’s in my blood,” Westcott said. “And you want to make this place successful.”

During his internship at Mingus Union, Westcott said he looks forward to learning more about board relationships, personnel, human resources, maintenance and general administration.

Westcott also said he look forward to attending the board’s annual retreat, which the board decided Wednesday would take place from 8 a.m. until 3 p.m. Monday, March 4 at Mingus Union High School.