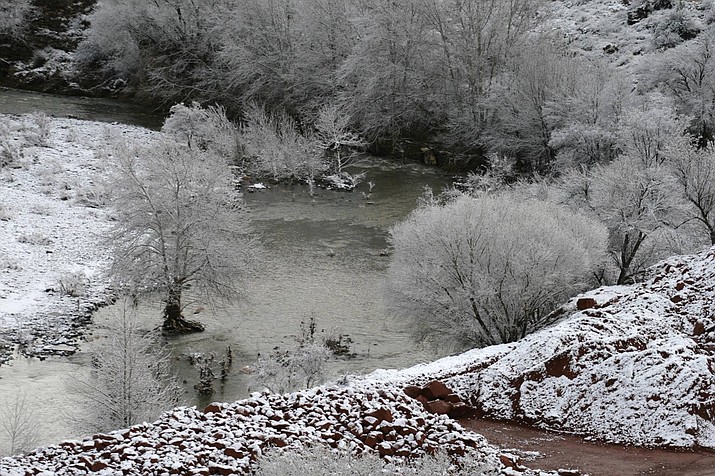 A winter weather advisory remains in effect in the Verde Valley until 11 p.m. Monday, according to the National Weather Service.

“Moderate to heavy snow continues to fall across much of northern Arizona,” according to NWS. “Snow showers will continue through the day and into tonight with several inches of additional accumulation possible.”

Several inches of snow accumulation are possible with localized amounts up to two inches in Camp Verde, Cottonwood and Sedona.

Camp Verde is forecast to have a 40 percent chance of snow showers. Less than one inch of snow is expected. Tuesday will be sunny through Wednesday with snow expected to start again Thursday.

Sedona is expected to get one inch of snow tonight. Three to seven inches are forecast Thursday.

“If you must travel, keep an extra flashlight, food and water in your vehicle in case of an emergency,” according to NWS.

Road conditions can be obtained by calling 511.