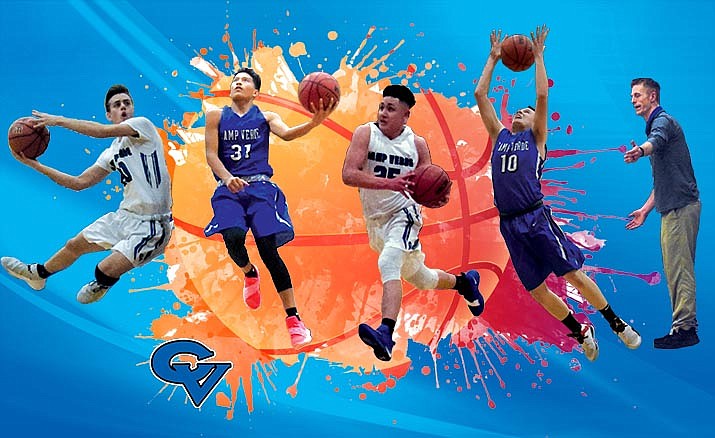 Five members of the Camp Verde High boys basketball program were recognized by the Central Region and they almost swept the region’s awards.

“Pretty neat accomplishment obviously for our kids to get recognized the way they did and it definitely speaks to their effort and how hard they played this year and the effort that they put into it,” CV head coach Daniel Wall said.

“I thought they both had really terrific years and definitely improved a lot from the previous year and again a lot of that speaks to just their effort and also the other guys around them,” Wall said. “You don’t get to that spot with out a lot of help from people around you and so to able to play with the group of guys that they were able to play with was very helpful too.”

The Cowboys won three of the four region awards.

“(Laughs) I was pretty surprised, I’m not gonna lie, I mean I think both kids definitely deserved it, what they got, but you never know how the voting’s gonna go and it was pretty neat for not just we to see what they did but the coaches from each of these other teams definitely saw it as well,” Wall said when asked about winning three of the four awards.

Wall was named Central coach of the year as well.

“That was neat, but I always say ‘it’s about the kids,’ you know?” Wall said. “I mean nobody goes out and wins any awards if the kids don’t and do what we work on. They just played their tails off this year and really had a great season, so I was really proud of those guys.”