Commentary: Three races all on same day poor planning at its worst 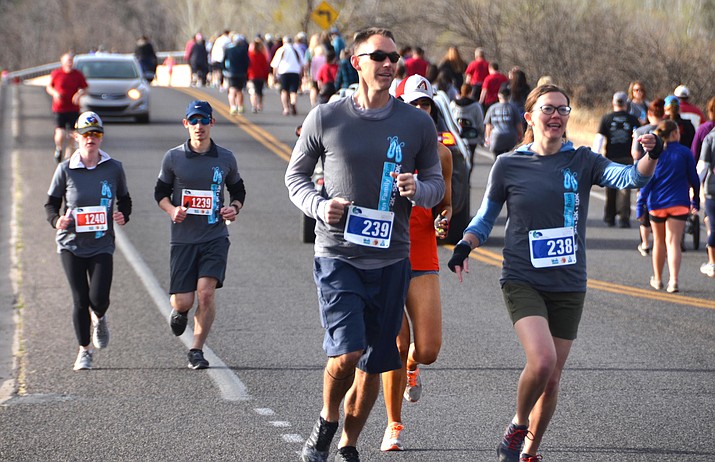 According to the undeniable runners’ go-to website when planning weekend race events, runningintheusa.com reports there are at least 644 running events on the calendar for 2019.

Hot, cold and everything in between, if there is a race to be run in Arizona, there will be plenty of people willing to toe the line and give it their best shot.

About one-half dozen of those 600-plus races in Arizona take place in the Verde Valley, a region that has long failed to live up to its potential in getting a fair market share of Arizona’s running economy.

Often, though, when we do, we blow it.

The most common guffaw is scheduling a new first-time event on the same weekend Phoenix has an event of the caliber of a Tillman, Hot Chocolate or Rock ‘n’ Roll event. You can’t compete.

Or, you see an occurrence such as we will have in the Verde Valley March 23 when three different local communities plan a race on the same day.

Of those three, we can give the Northern Arizona Healthcare Foundation a pass on dishing up too much of a good thing. As is the case every year, NAH gets the word out early and has its annual Loven Family Run 5K and 10K events included on all the major race-planning web sites by late fall. The race is in its eighth year and has earned a good reputation for putting on a quality event and treating runners right. Besides, who can pass up the hearty post-race breakfast they serve at Blazin M Ranch.

On the same day, down the road in Red Rock Country will be the Sedona Stumble Trail Run 5K & 10K at Possee Grounds Park. Like the Loven Run, this event has been aggressively marketed on the major race web sites. Also on the same day will be the Friends of Beaver Creek Library Trek for Tech 5K/10K Run/Walk at Rollins Park in Lake Montezuma.

Having three similar events all on the same day hardly helps any of these races live up to their full potential, or, in the end, allows any to achieve the maximum money-yield they hope to realize.

Next year it would be nice to see these trio of events conveniently staggered throughout February and March, and ideally co-marketed to help each achieve maximum runner and dollar yield.

Even better would be to team with the RunSedona February race and the April Mickelsen Race in Cottonwood and create an age-and-gender competitive points series event similar to the Arizona Road Racers’ famed Summer Series or StartLine Racing’s popular Arizona Sunrise Series.

The worst thing you can do is to schedule three identical events all on the same day.

It’s called shooting yourself in the foot.