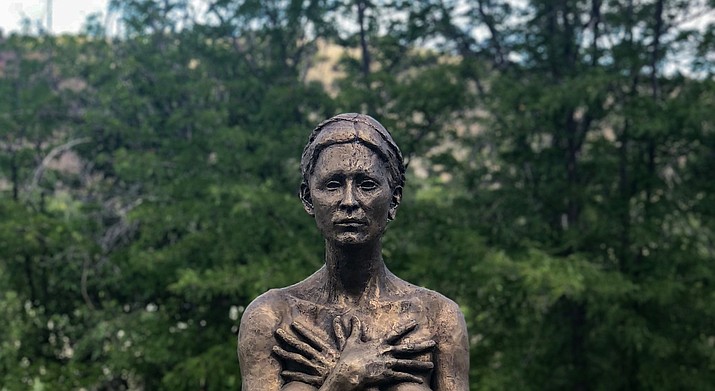 Sedona Arts Center is hosting an extraordinary legacy art exhibition in their Fine Art Gallery from January 4 through February 26, 2019. Featured artists include: Joella Jean Mahoney, Max Ernst, Joe Beeler, Nasson Gobran, and Keith Schall—artists who have all left their indelible mark on Sedona, the greater art world and beyond. Complimenting this exhibition, in creative partnership with the Goldenstein Gallery, the Arts Center is presenting an additional show in the Historic Art Barn featuring John Waddell and Keith Schall. Visit Sedona Arts Center on Friday, January 4 from 5 to 8pm and indulge in these modern masters’ spectacular works during twin opening receptions for these two unique exhibitions.

Mahoney was a committed artist since early childhood. “At age three I experienced a powerful connection between myself and nature,” she said, “I could not yet explain wonder and awe in words, but I could through painting and drawing. So, I began serious art making and never stopped.” Her landscapes contain all the elements of her huge originality: the spontaneous brush strokes, the inventive shapes, unique atmospheric color, and monumental scale of work and vision. Mahoney’s distinctive style bridges realism and abstraction using color and structure to share with the viewer the spiritual content of experiencing the miracle of nature and life.

Unlike those who received their calling late in life, Joe Beeler always knew he was an artist. “I could always draw,” he commented, “It just came naturally to me.” Beeler was strongly influenced toward Western art due to his own heritage. His father was part Cherokee, so he was raised with deep respect for Native American customs. In addition, his family friends shared with him the stories of the early pioneers, the Civil War, the gold rush, and more. Beeler excelled as both a painter and sculptor, and this rare dual talent was widely recognized and honored. In 1965, Beeler along with fellow artists John Hampton, Charlie Dye and George Phippin, founded the Cowboy Artists of America. Inspired by Western masters Charles Russell and Frederic Remington, they set a high standard for the association: “To insure authentic representation of the life of the West, as it was and as it is.”

Nassan Gobran was the founding father of the Sedona Arts Center. He was recruited to Sedona to lead the art department at Verde Valley School, and in a few short years had realized the dream of a Center for the Arts in uptown Sedona—a place where artists could share ideas, techniques and finished works. While Max Ernst was living in Sedona, Nassan collaborated with him by creating the molds for one of Max’s most famous works, “The Capricorn.” Nassan sculpted in stone, bronze and clay. This exhibition features a wide variety of his treasured sculptural styles in various mediums.

Keith Schall’s work was inspired by literature, myth and jazz—literature because of his background as a professor,, myth because it involves broadly human experience, and jazz because of its spontaneity and energy.

“My art is abstract because it understands and reflects the real universe, not the one we see unaided, but the one comprised of vibrating atoms, which includes the paint I use and the hand that holds the brush.”

Among Schall’s influences were the French impressionists, Pablo Picasso, Marcel Duchamp and non-representation artists like Vassily Kandinsky and Willem deKooning. Beyond the art world, Schall relied on English poet John Keats for his sense of empathetic awareness and Sigmund Freud’s picture of the human psyche. He tried to depict external conflict, impulses, ironies, feelings and the ideas and atoms of which we are all made in his paintings.

Ernst was a key founder of the Dada and Surrealist art movements in the early 20th century, and an important influence in the development of the modern art movement In New York post World War II. Seeking refuge from WWII, Max arrived in NY in the summer of 1941, and soon thereafter visited Arizona for the first time. Dramatically influenced by the landscape, and the Native American culture, Max and fellow surrealist artist Dorothea Tanning, who would later become his wife, lived in Sedona intermittently between 1943 and 1957, before finally moving back to France permanently. The artwork both Max and Dorothea produced in Sedona is found in well-known museums around the world.

Sedona Arts Center is one of Northern Arizona’s most well-established cultural organizations and serves as the creative heart of Sedona. Founded in 1958, the nonprofit organization is based at the Art Barn in Uptown and offers year-round classes, exhibitions, festivals, and cultural events that enhance the creative life of the Verde Valley. The Center’s Fine Art Gallery, open daily from 10am to 5pm, promotes the original works of over 100 local artists and regularly offers special assistance for collectors and art buyers, offers private studio visits, and fosters hundreds of arts education opportunities each year. For more information, call the Gallery at 928-282-3865, the Administrative offices at 928-282-3809 or visit us online at SedonaArtsCenter.org.